On the occasion of Ermenegildo Zegna’s 50th anniversary, Bonaveri is delighted to sponsor the exhibition ‘1968, The Italian Men. Zegna Ready-to-Wear: from the tailor to industry’. Bonaveri has supplied Sartorial Men & Women bust forms for the retrospective exhibition in a dark grey flannel with classic mobile bases. Taking place between the 6th of May until…

Ermenegildo Zegna celebrates 50 years of ready to wear fashion with a retrospective at the historical Casa Zegna in Trivero.

On the occasion of Ermenegildo Zegna’s 50th anniversary, Bonaveri is delighted to sponsor the exhibition ‘1968, The Italian Men. Zegna Ready-to-Wear: from the tailor to industry’. Bonaveri has supplied Sartorial Men & Women bust forms for the retrospective exhibition in a dark grey flannel with classic mobile bases. Taking place between the 6th of May until the 28th of October the exhibition is hosted at Casa Zegna in Trivero and celebrates fashion and design from an era that Zegna helped define.

1968, The Italian Men. Zegna Ready-to-Wear: from the tailor to industry

The exhibition is a celebration of the work of Ermenegildo Zegna and more specifically his sons, Aldo and Angelo who launched a line of ready-to-wear men’s suits in 1968. Following the introduction of the ready-to-wear label, Zegna subsequently launched a knitwear, casual wear, sportswear and accessories line. Angelo was in charge of men’s wear and accessories, and Aldo was in charge of textiles, a working relationship that sustained them up until the 1990s.

Throughout the exhibition are photographs, archive garments, documents and vintage fabrics that showcase the creative soul of the company. Each of the pieces on display illustrates the innovation and creativity inherent in the brand, accompanied by examples of the graphic design, advertisements and accessories that positioned the company as a lifestyle brand.

Included in the exhibition are original prints of ‘Top Moda Uomo’ Magazine, a publication for the Zegna Wool Mill that gives an insight into the innovative way Zegna was drafting out a lifestyle brand for their ready-to-wear menswear. Art direction was by Franco Grignani (1908-1999), a leading architect and designer at the time and the man responsible for the Woolmark logo. As a precursor to many of the era’s now famous graphic design and popular culture, TOP Magazine gave Zegna the ideal means to introduce their expanding lifestyle brand to a global audience. Published in multiple languages, the magazine covered all aspects of the industry from fabric production in the mills to the tailors making the new garments, all set against aspirational backdrops. By the late 1960s and early 1970s. the brand ‘Made in Italy’ was evolving into a culture and TOP Magazine illustrates Aldo and Angelo’s vision in ensuring Zegna was part of the defining moment for the label.

Zegna’s ready-to-wear offering began retailing through in-store franchises and made its first showing at PITTI in 1976.  The brand expanded globally with new flagship stores opening in sixteen countries throughout the 1980s. By the 1990s, Zegna had opened almost 200 stores and by 2013 their numbers had grown to 550 boutiques across Europe, Asia, America, Australia and the Middle East.  The company’s exceptional energy, innovation and leadership has seen it become one of Italy’s leading luxury fashion houses. By 1990 it was one of the largest apparel producers in Italy representing 30% of the world’s total market share of luxury men’s wear.

Throughout its existence, Ermenegildo Zegna has championed arts and sustainability with an approach that closely aligns with the values shared by Bonaveri. In 1930, long before the advent of ecological awareness, Zegna funded reforestation projects around the mountainous region where the company is based. Through arts programs and exhibitions, Zegna has both contributed to and promoted contemporary art and fashion creativity. In September 1996, Zegna was a sponsor of ‘Two by Two’ an exhibition held at the Costume Institute of The Metropolitan Museum of Art in New York – the first time that the Costume Institute presented menswear in such a wide-reaching forum.

‘1968, The Italian Men’ is a colourful and timely reminder of the important contribution made by Zegna and its influence on lifestyle and popular culture since the 1960s. 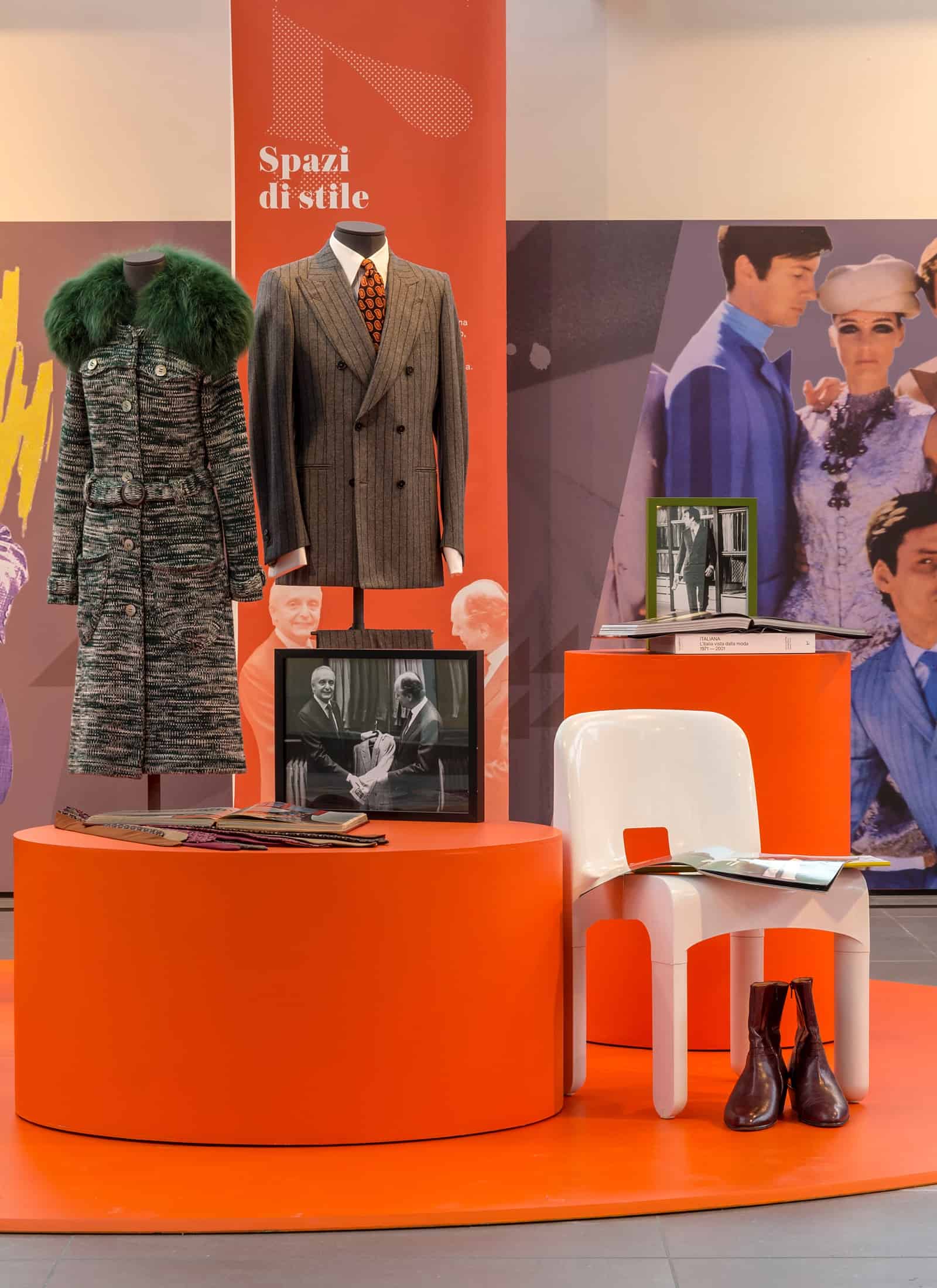 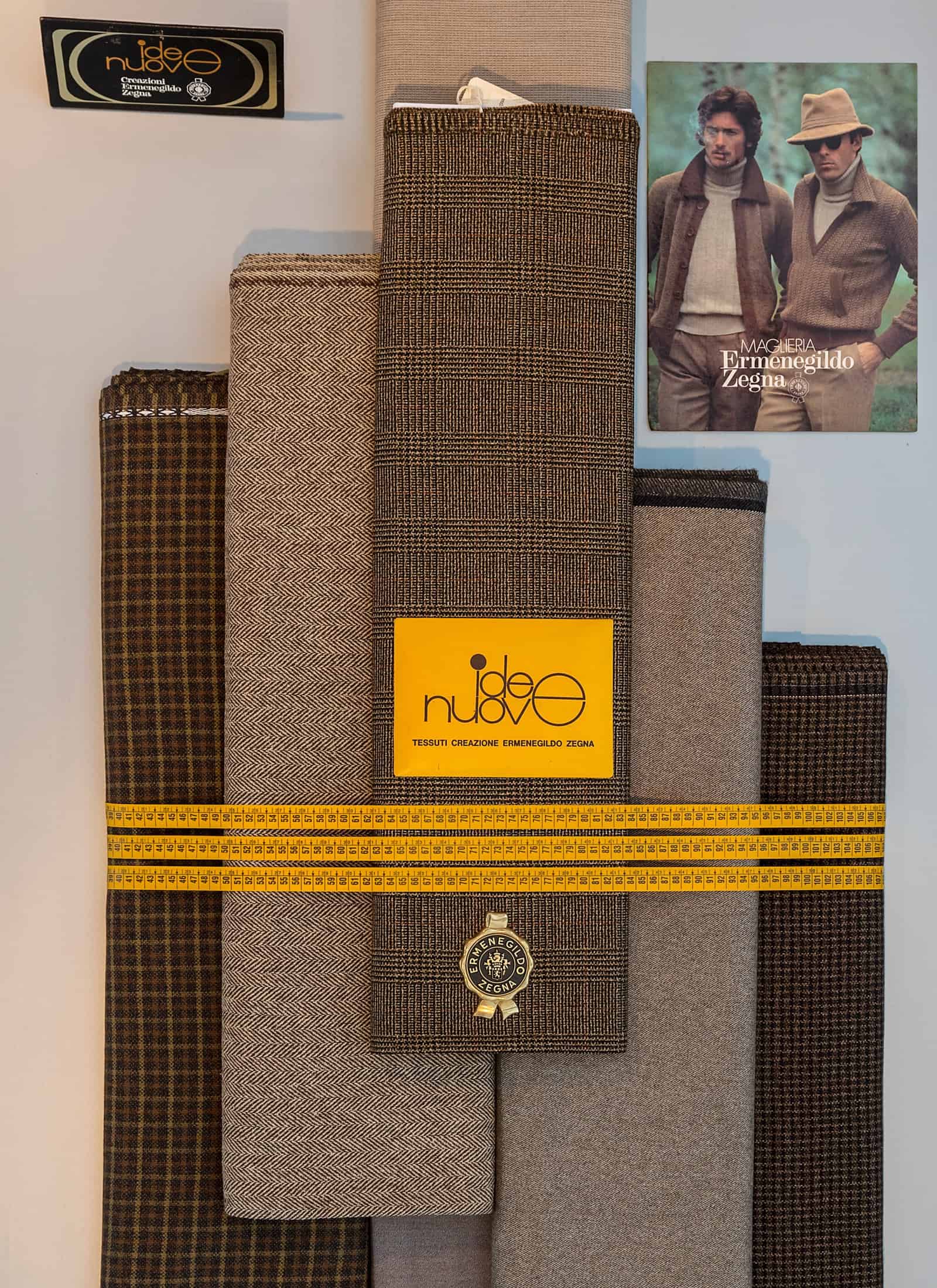 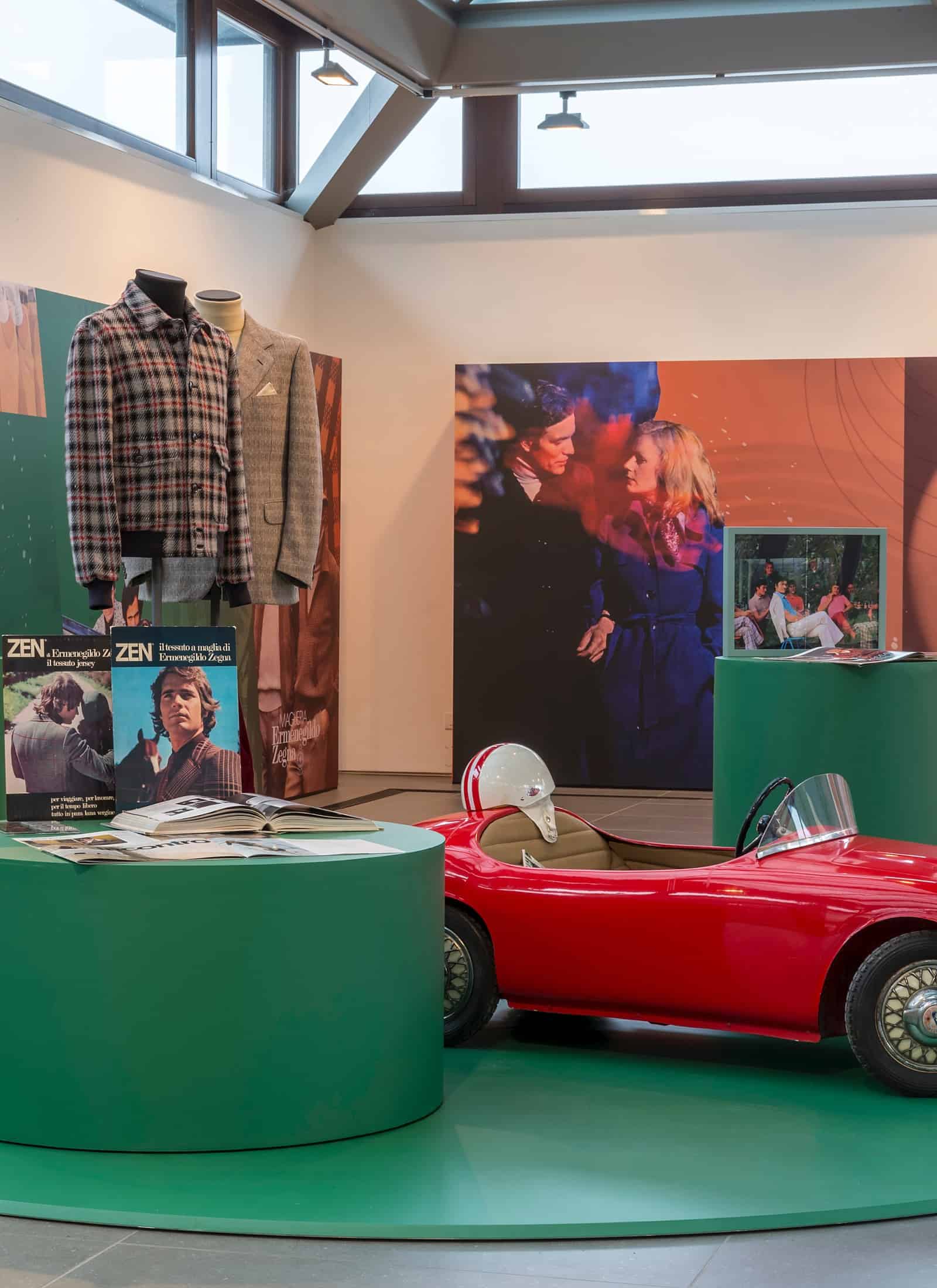 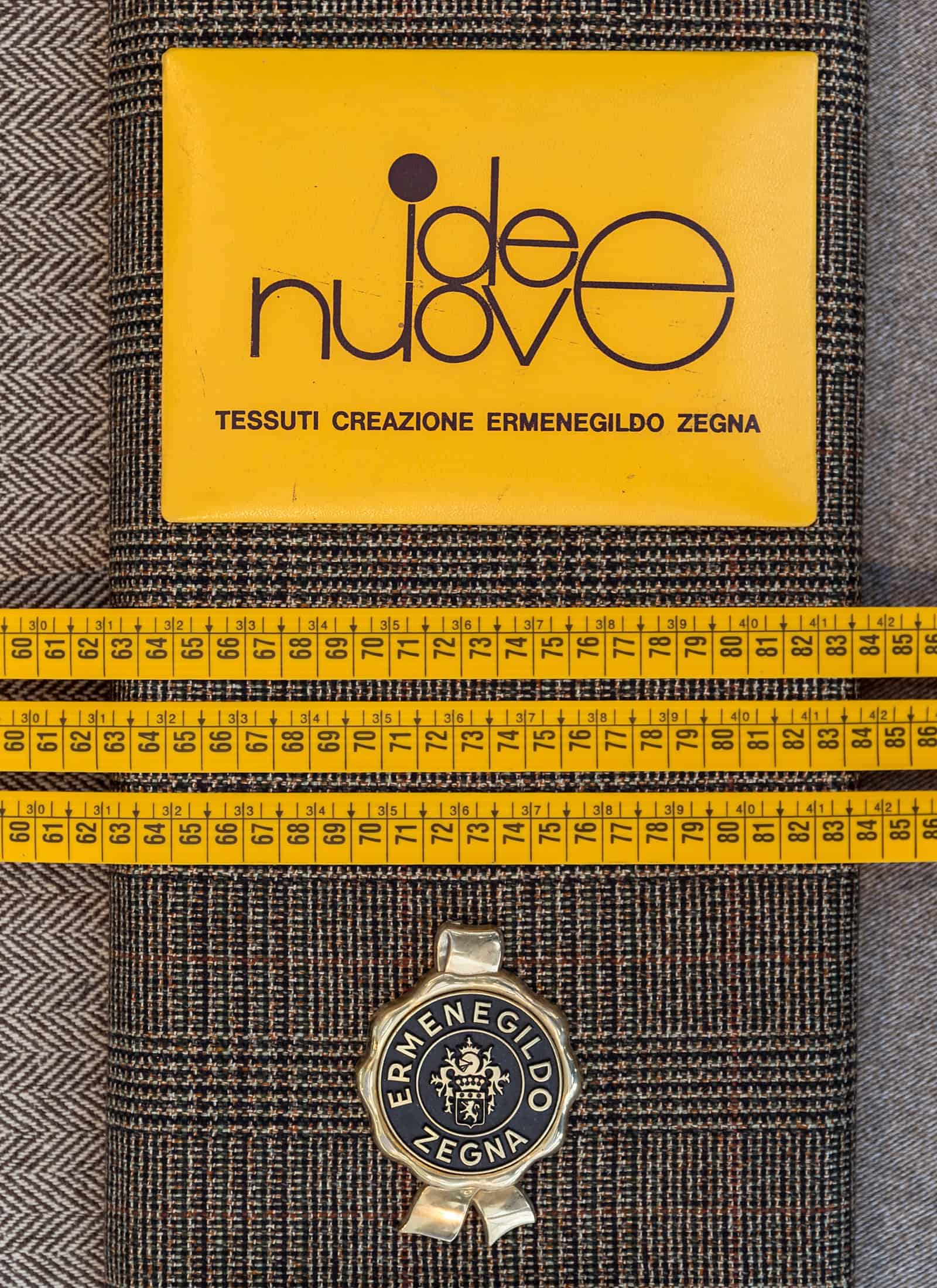 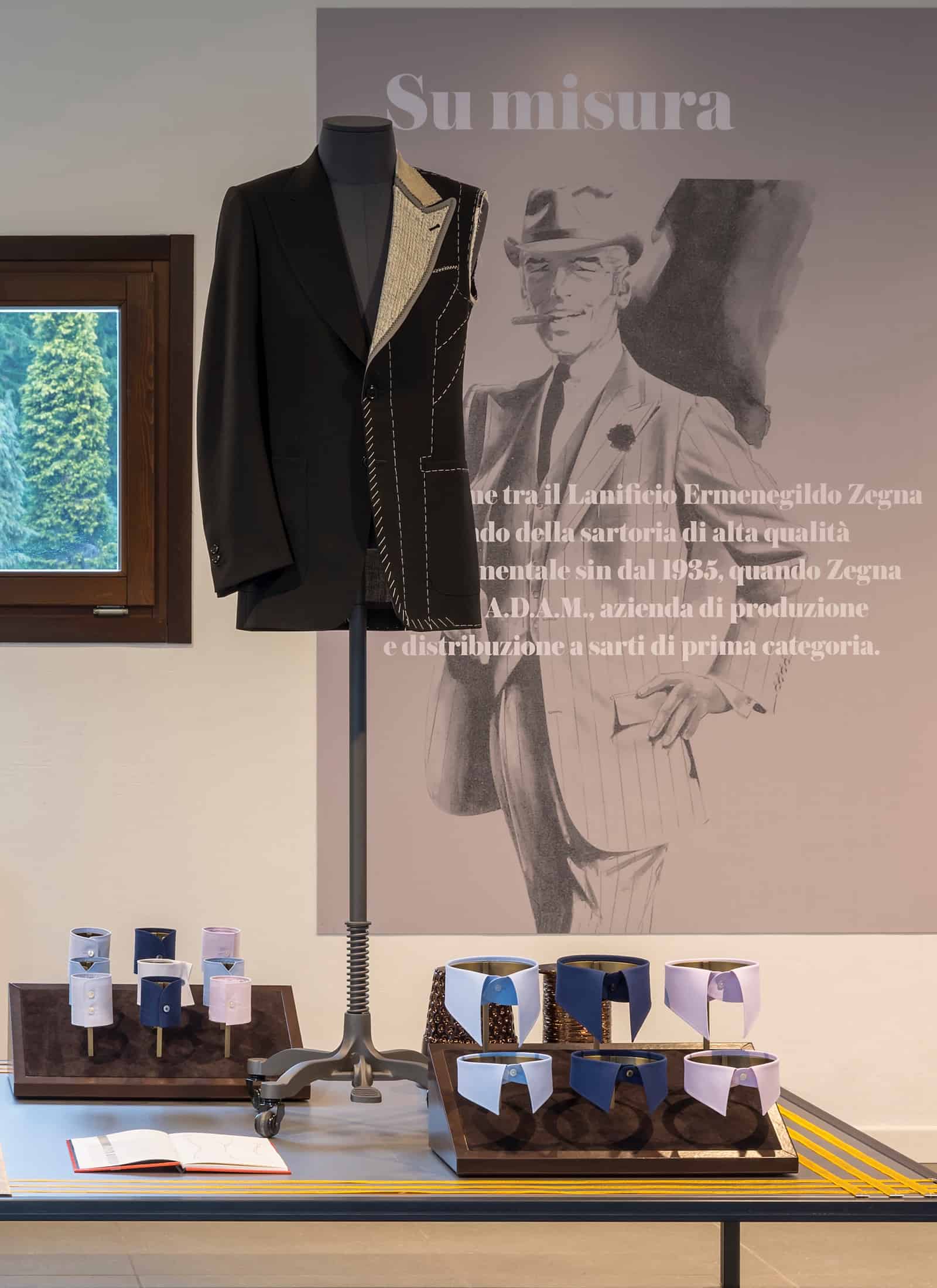 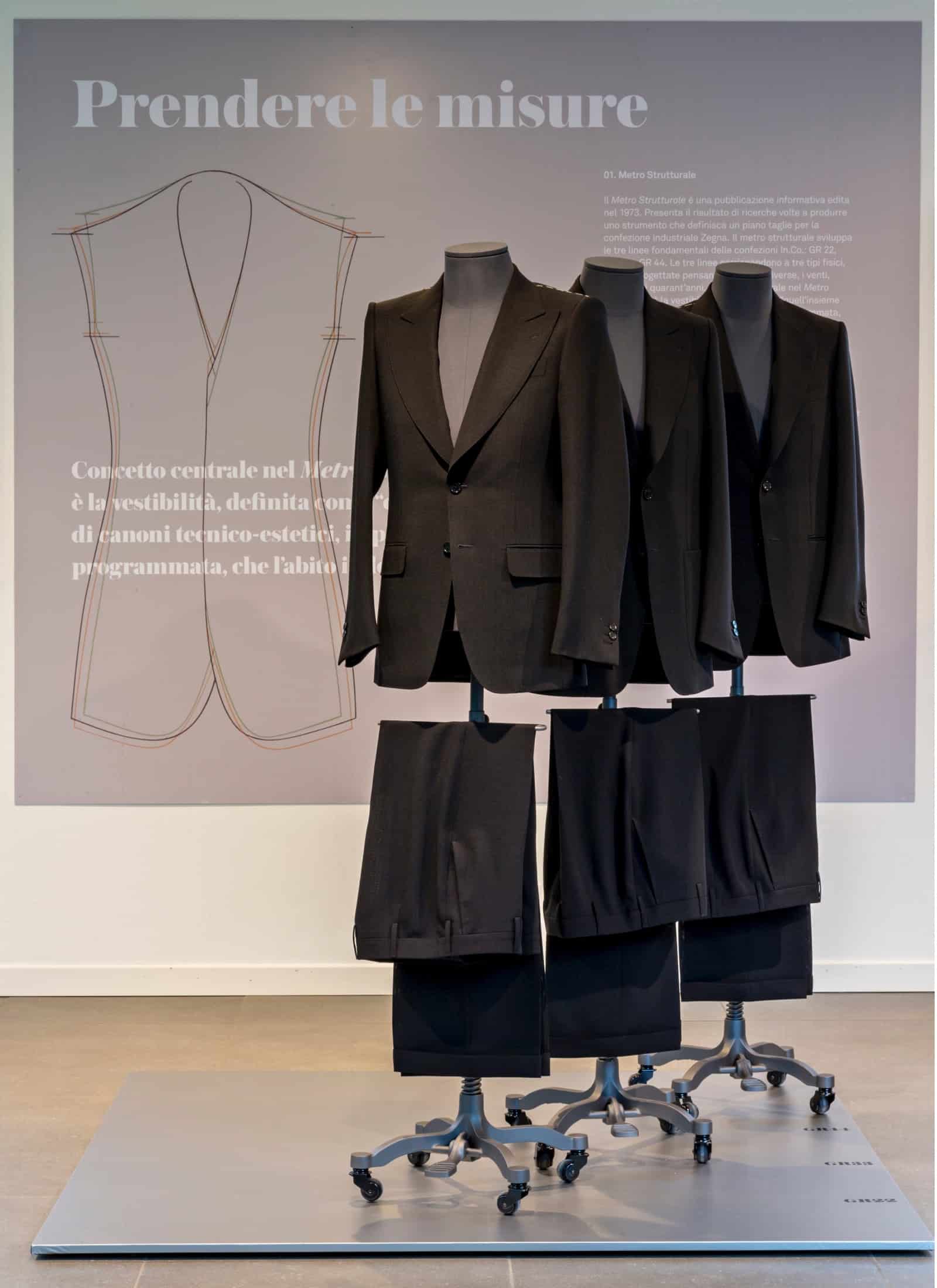 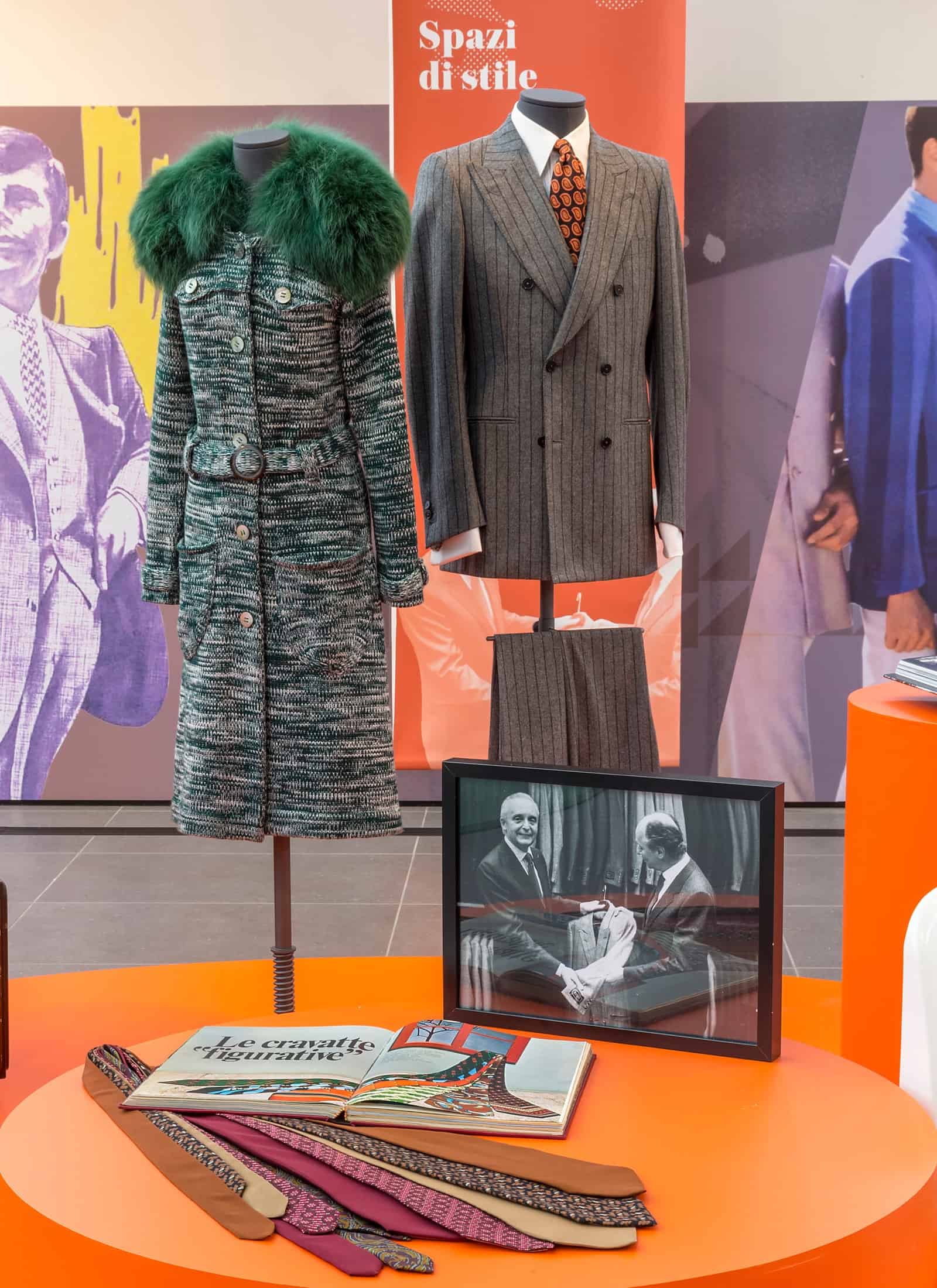 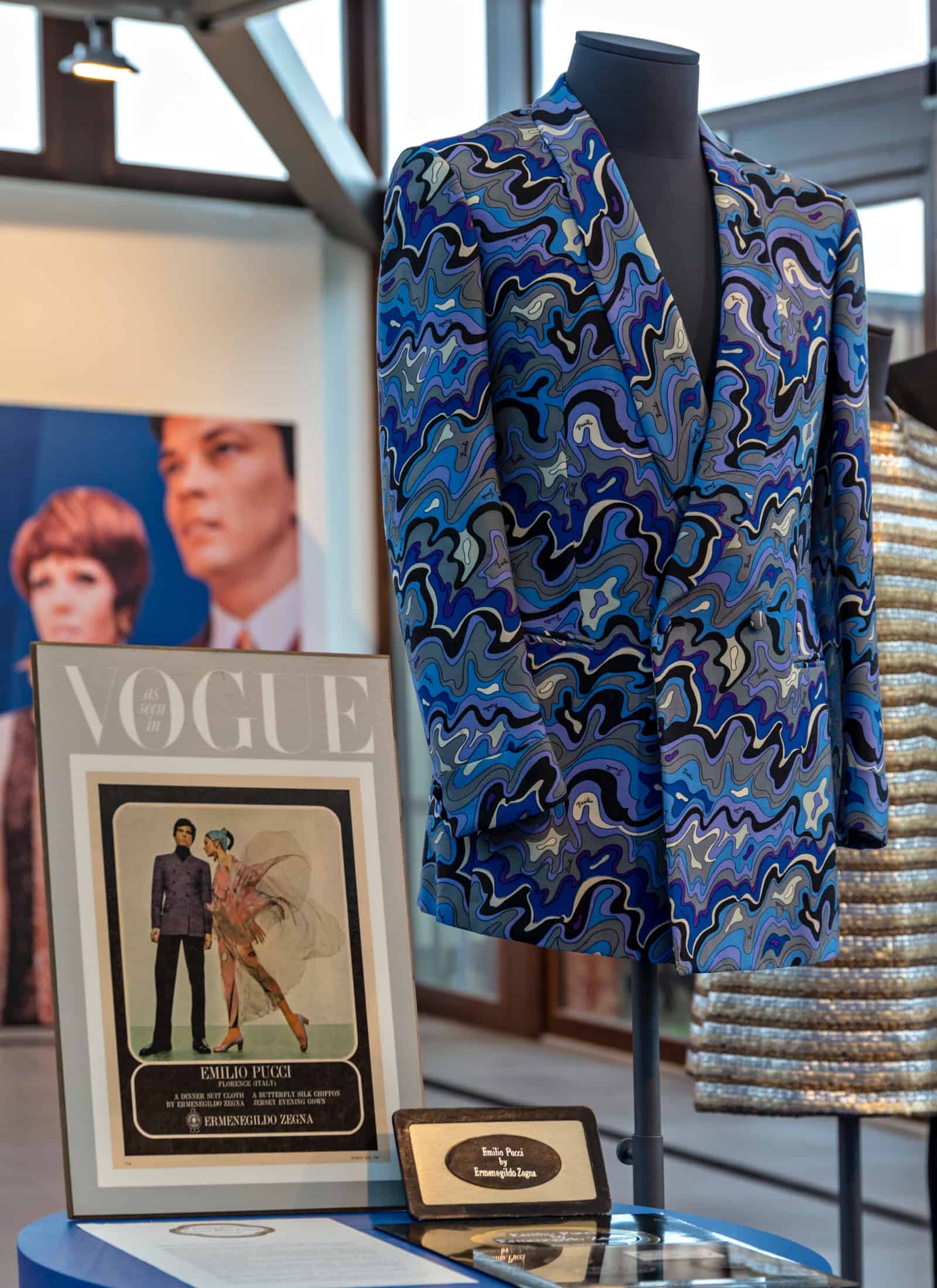 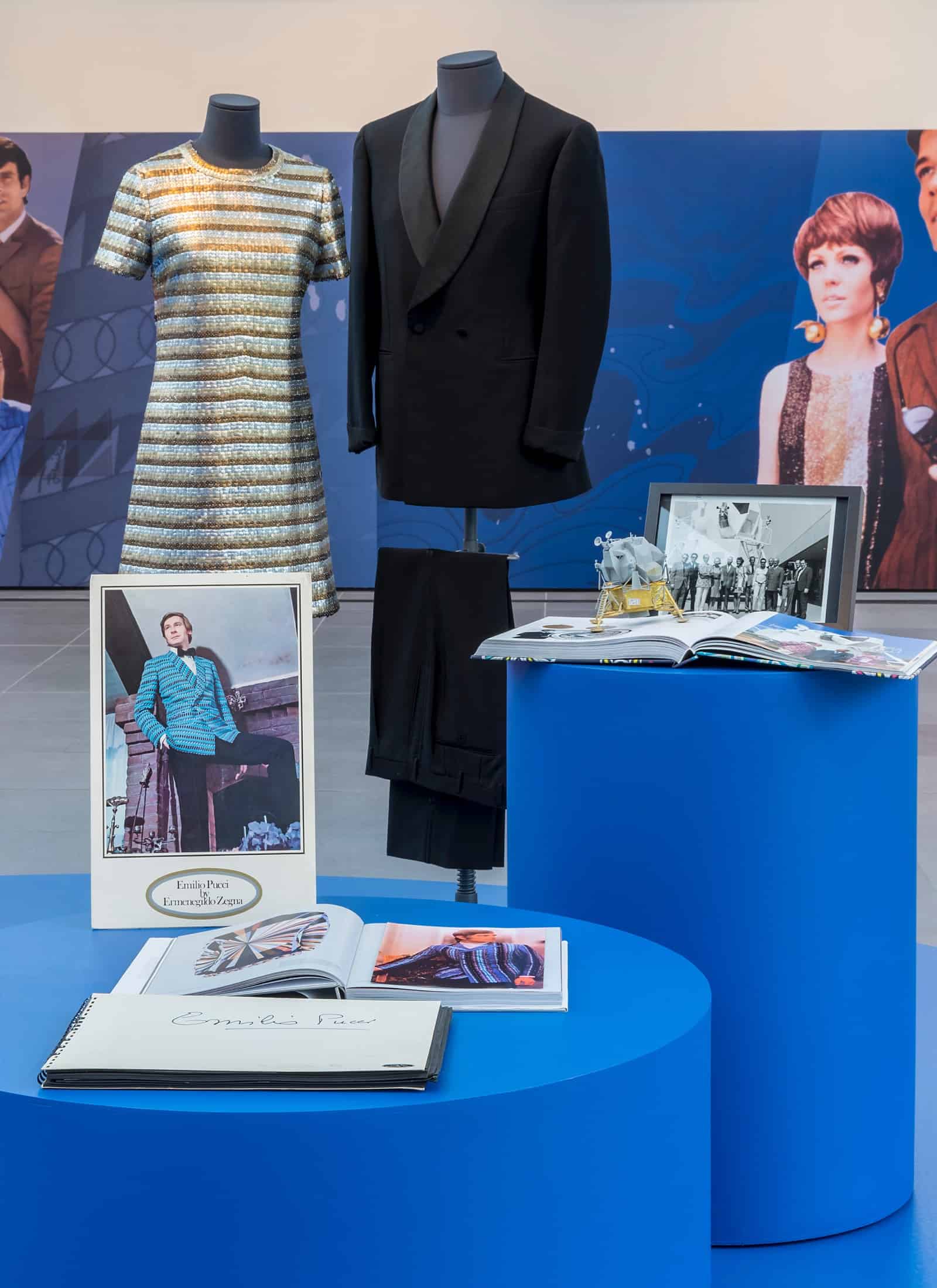 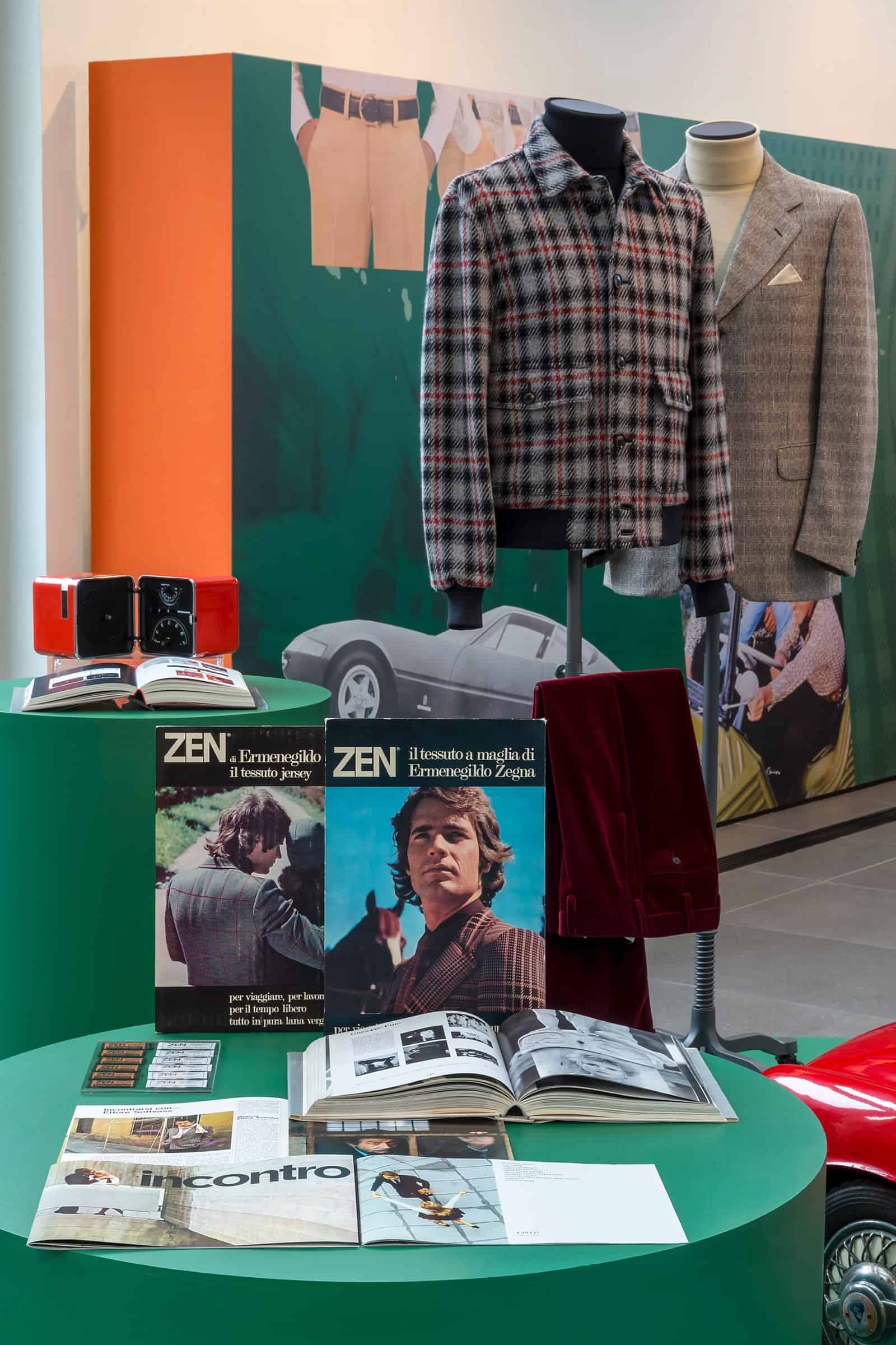