The unique lobby, refurbished in 2006, has featured Bonaveri and Schälppi mannequins in it’s double height space ever since it re-opened. The lobby provides Zara with a unique stage to present fashion and design concepts in a grand setting and Bonaveri is always there providing the mannequins for the installations.

This month Zara has created a striking gold scaffolding which acts as a container for a number of mannequins from the Aloof collection to be presented from the ground up to high level. Visitors to the store are treated to an impressive wall of fashion where they can view seated and standing Aloof mannequins in various poses. Each scaffolding section sits alongside the impressive sweeping marble staircases framing the entrance to the store beyond.

The Aloof mannequins are also featured in the store windows as you approach from the street through into the double height lobby space. The Aloof mannequins, from Bonaveri’s Schläppi collection have been used by Zara since they were first released in 2014. Zara applies their trademark eyelashes and red lips to the mannequins giving them striking gazes as visitors pass below. In the windows, Zara has limited the colour palette to gold, black and white with the Aloof mannequins in bright white.

The Vittorio Emanuele store is located in the heart of the historical centre of Milan, not far from the famous Duomo. As such it is one of the grandest and most visited of Zara’s stores worldwide. The store originally opened in 2002, occupying a former movie theatre and was extensively refurbished in 2006. High above the entrance, in the circular double height space is a Murano glass chandelier that illuminates the diverse and sumptuous installations.

The lobby has earned itself a reputation for spectacular displays including installations by Netherlands based design firm UNStudio, Duccio Grassi Architects and others, commissioned by Zara’s architecture director José Froján. Wherever Zara installs great displays, there is always a Bonaveri or Schläppi mannequin included! 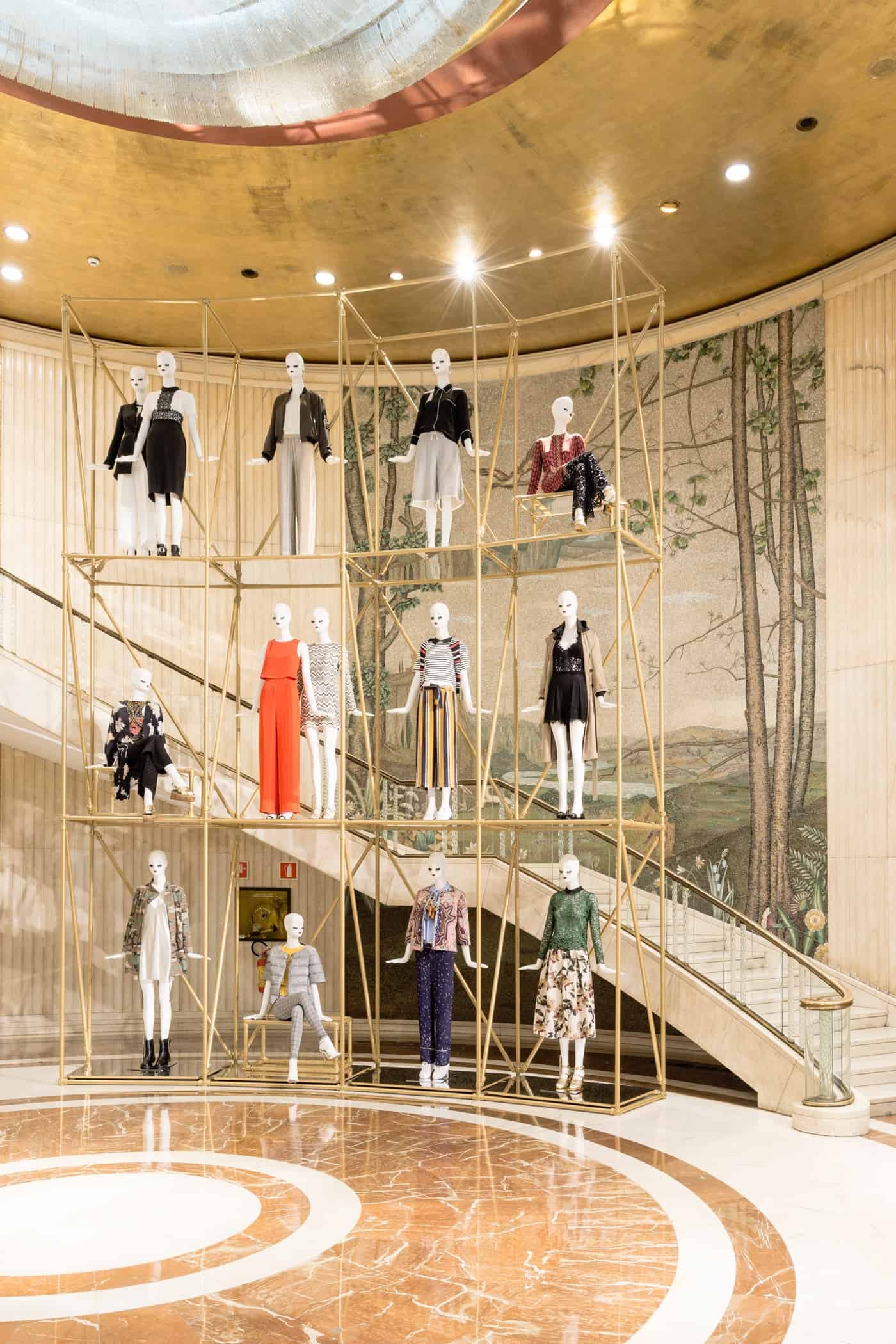 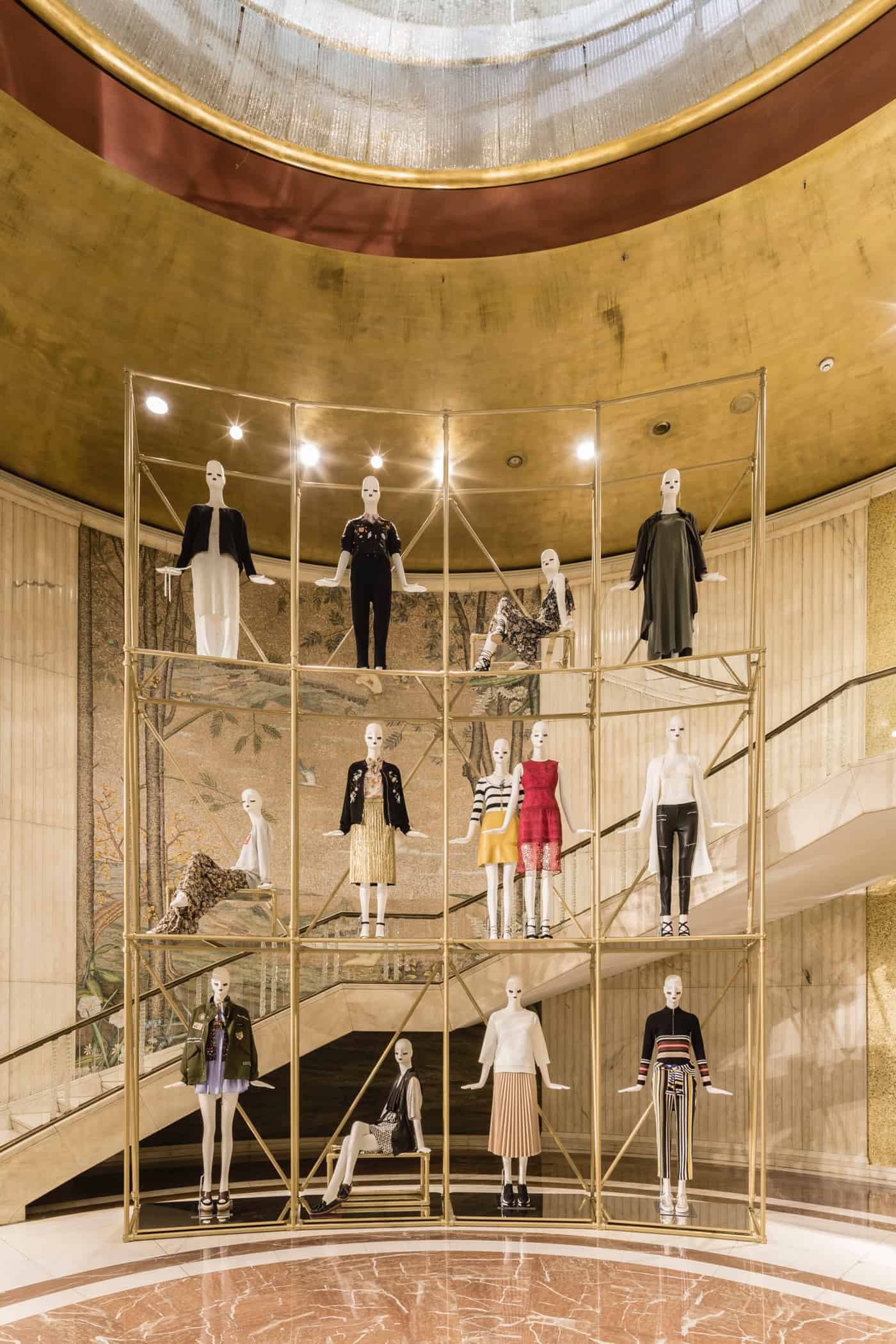 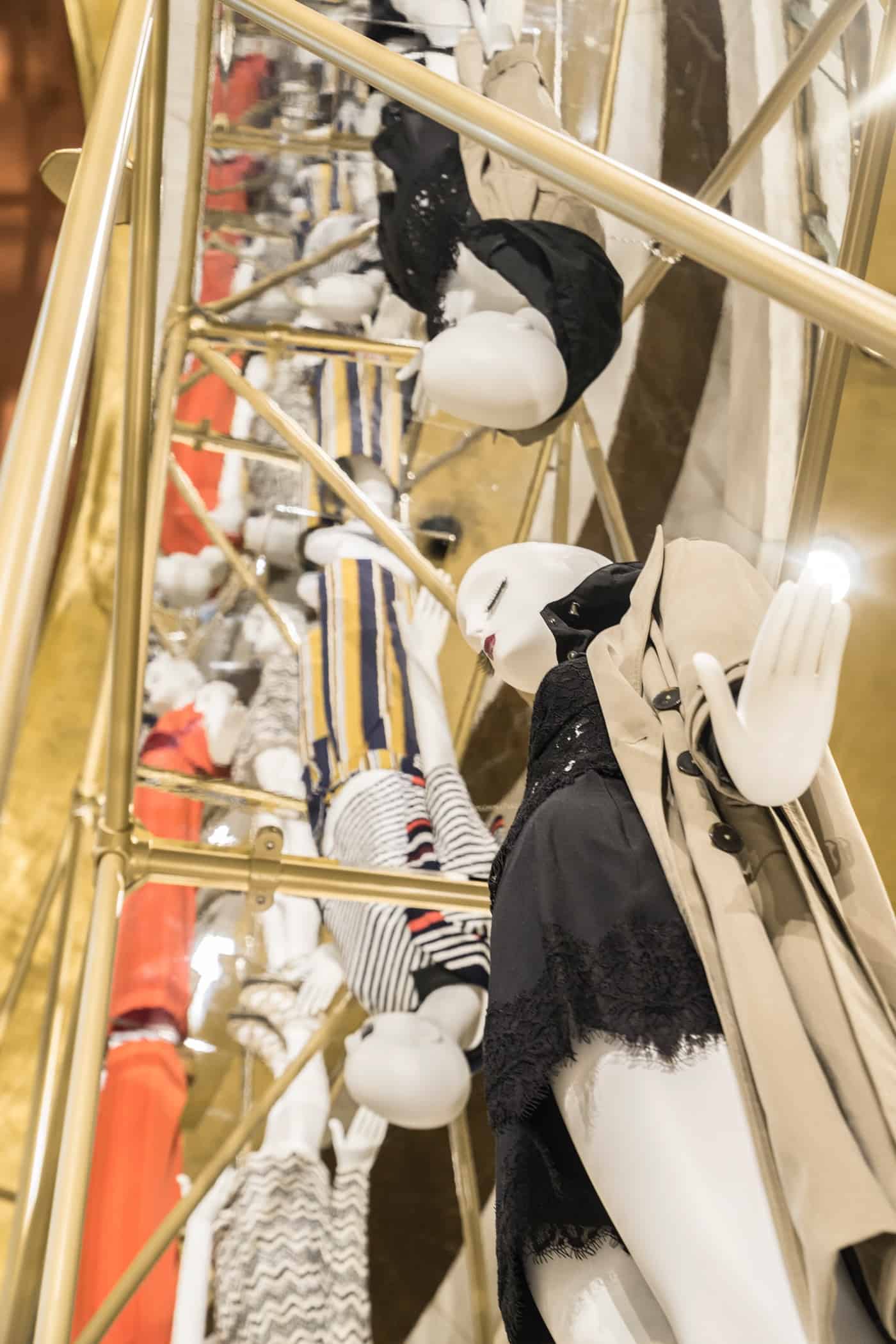 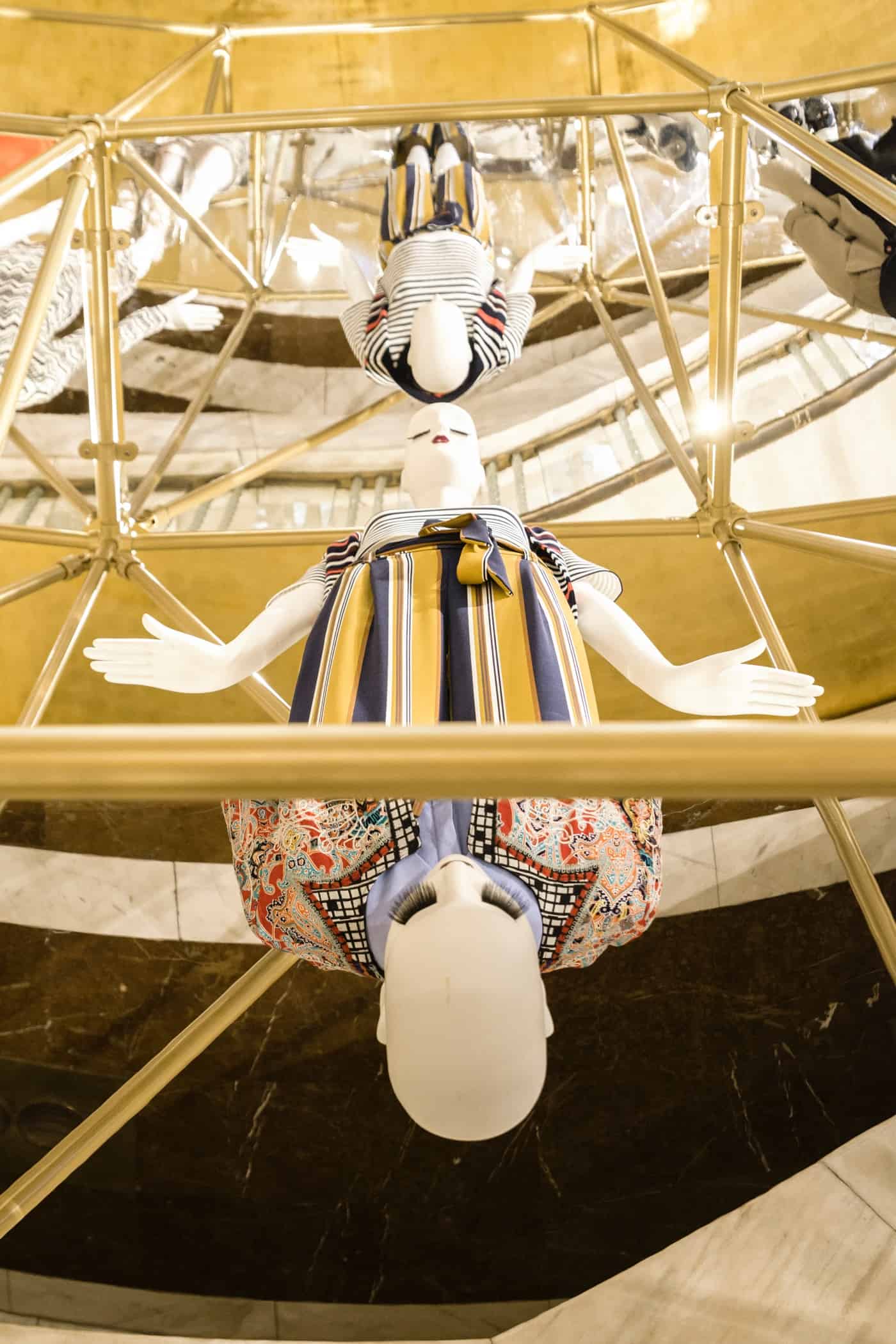 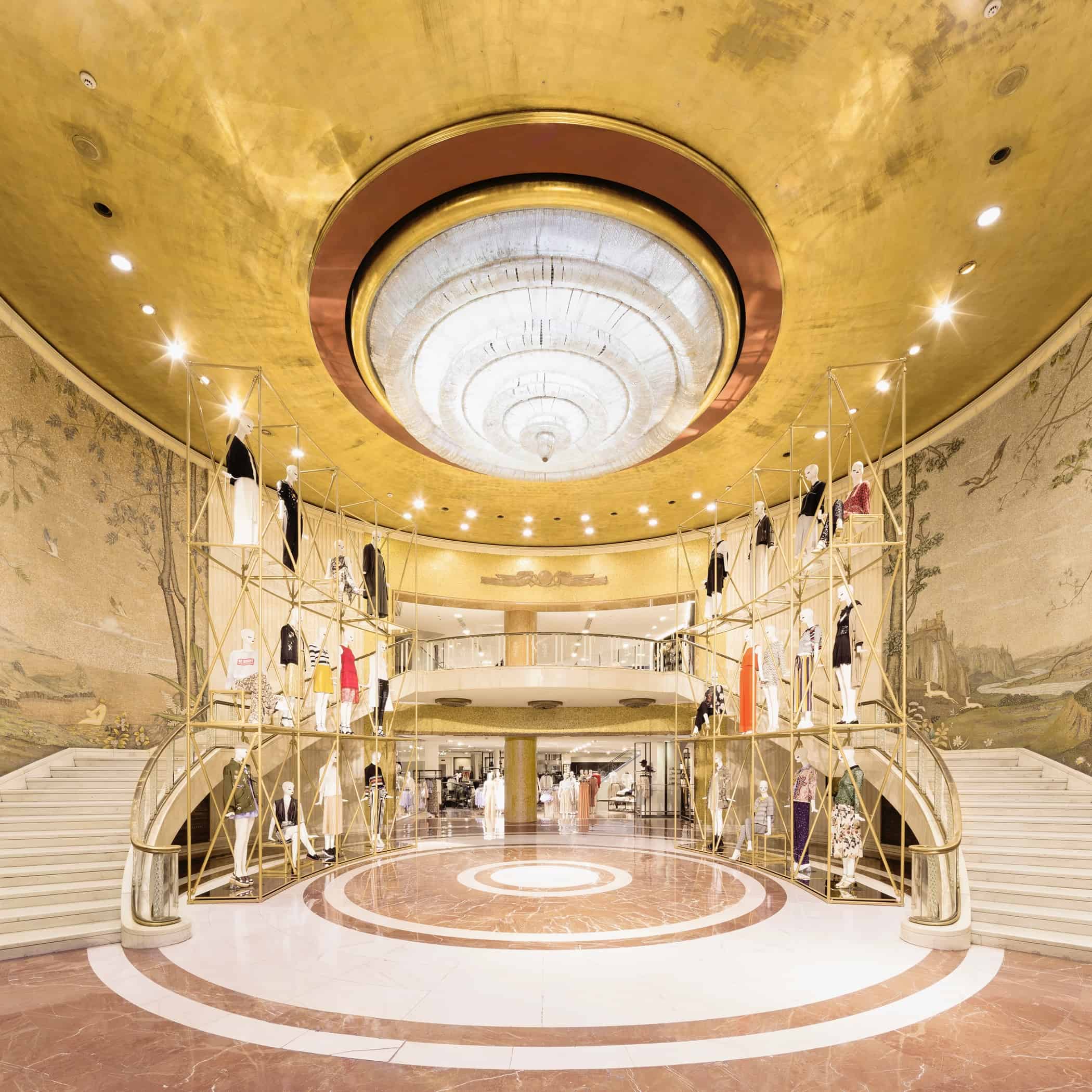 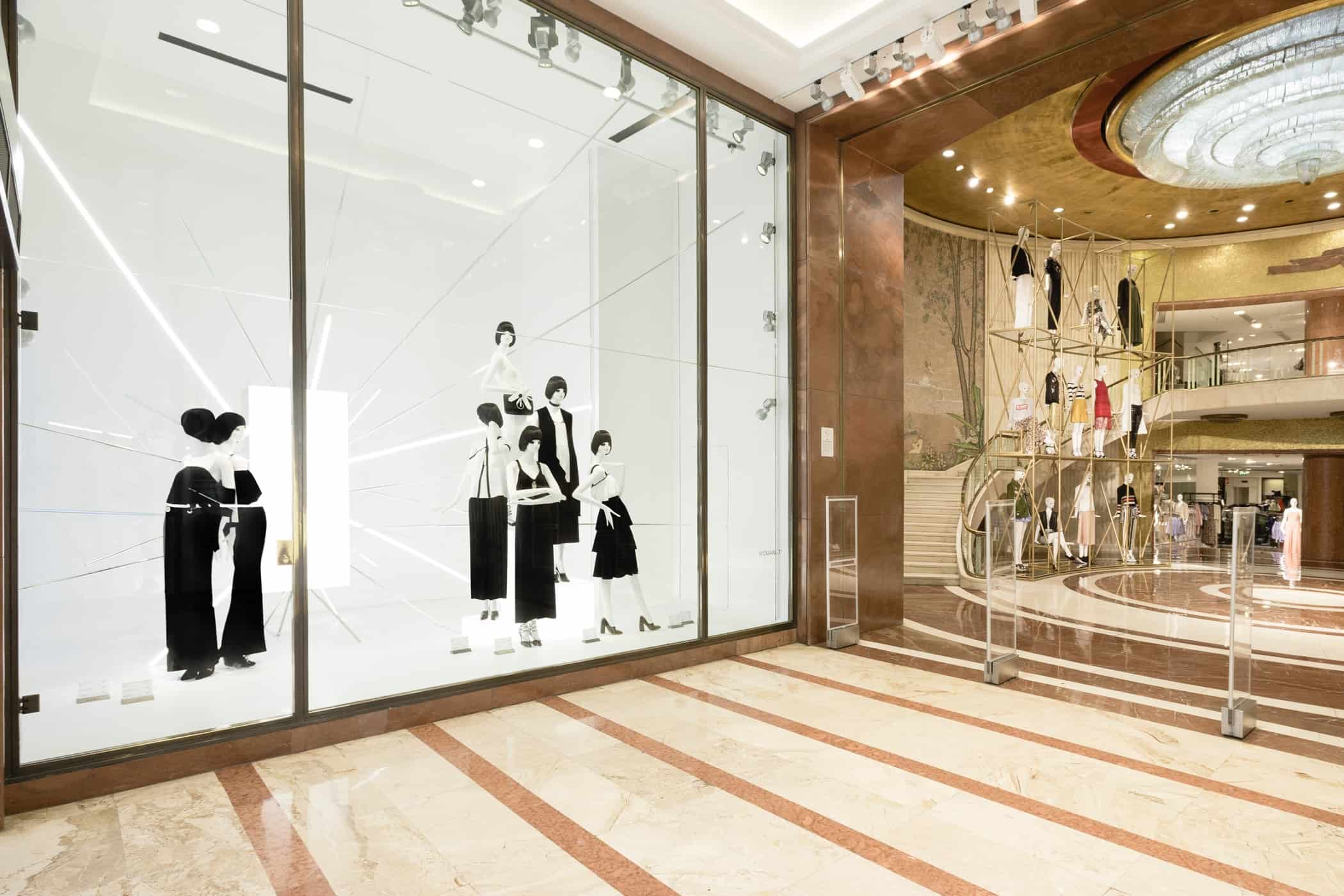 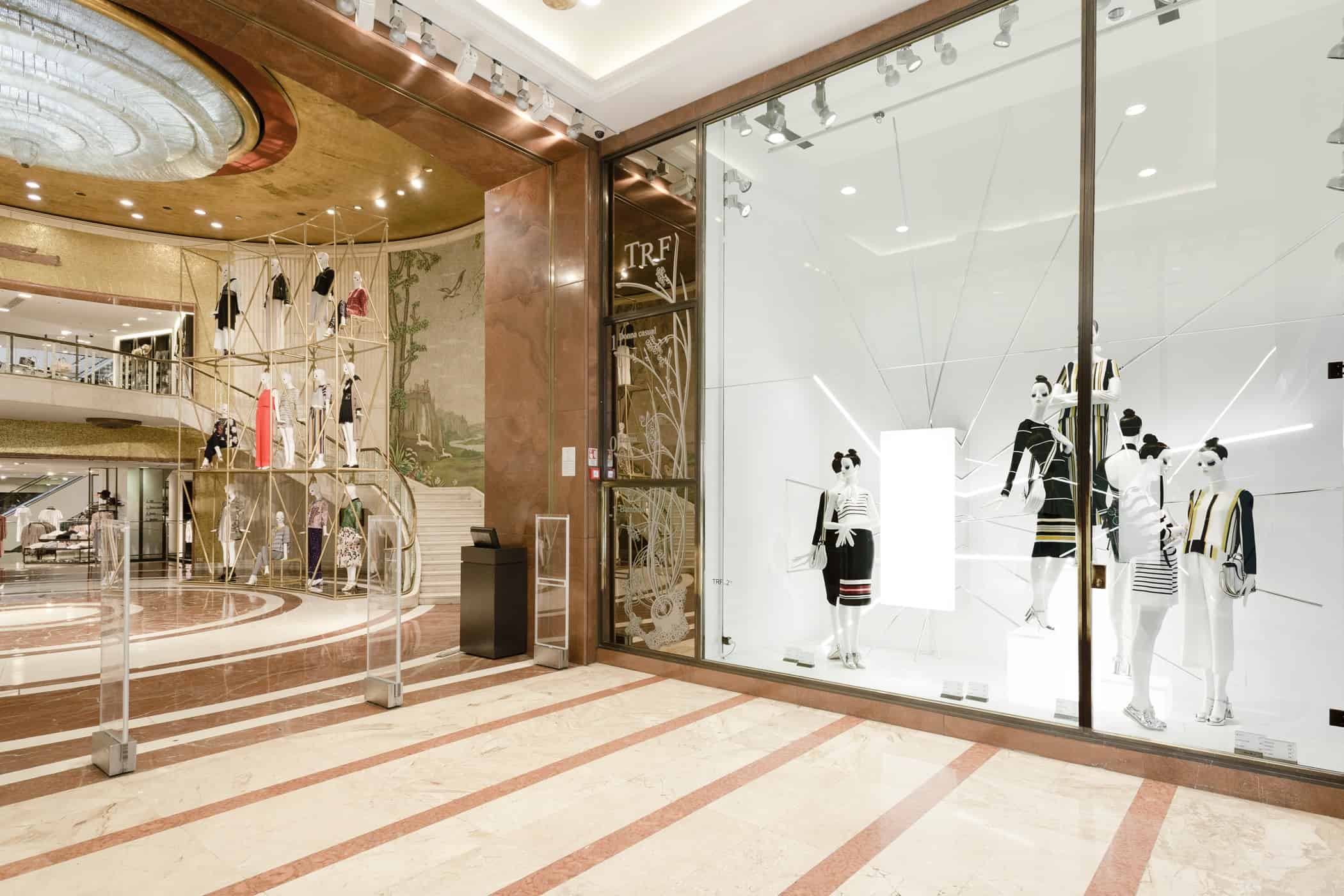 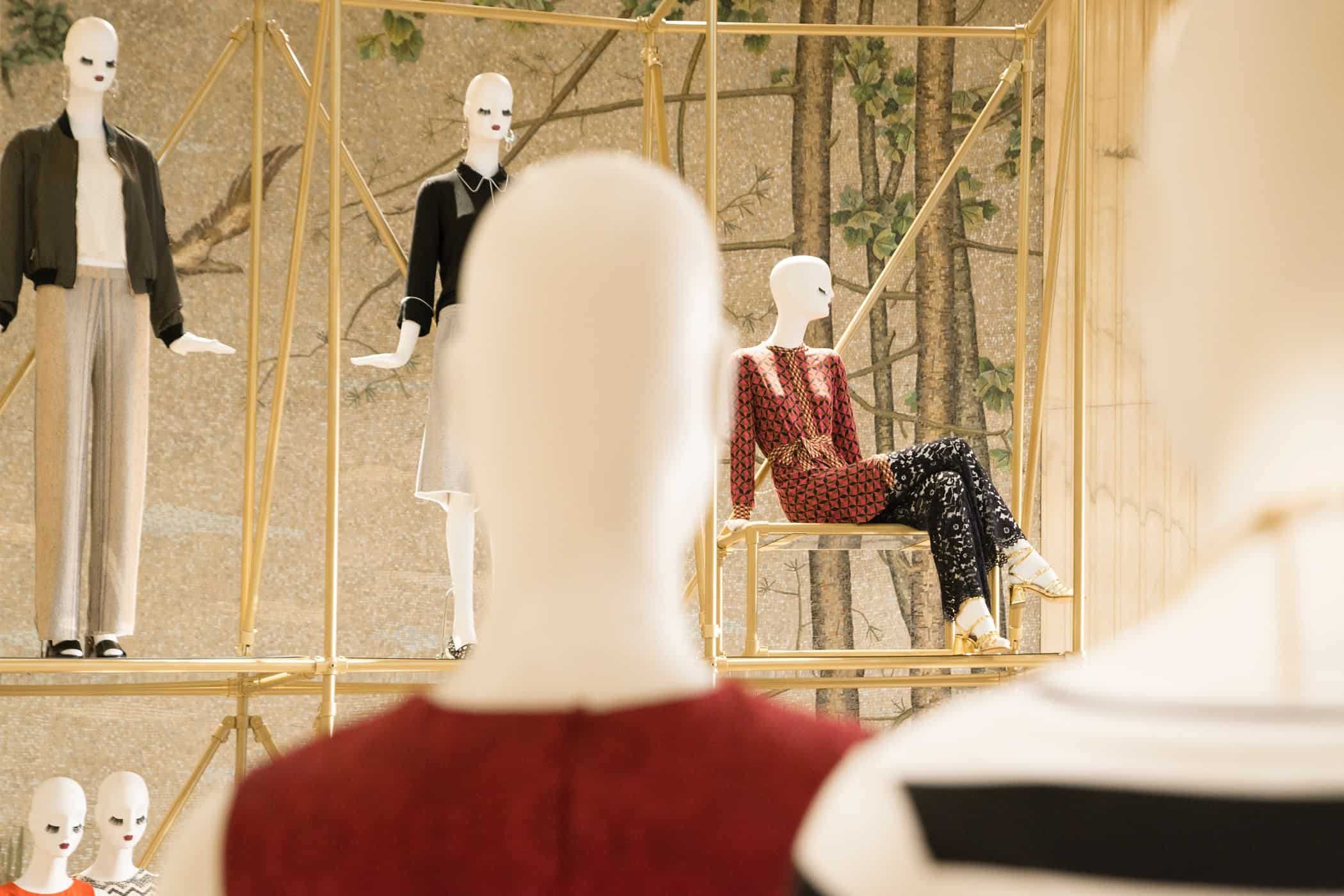 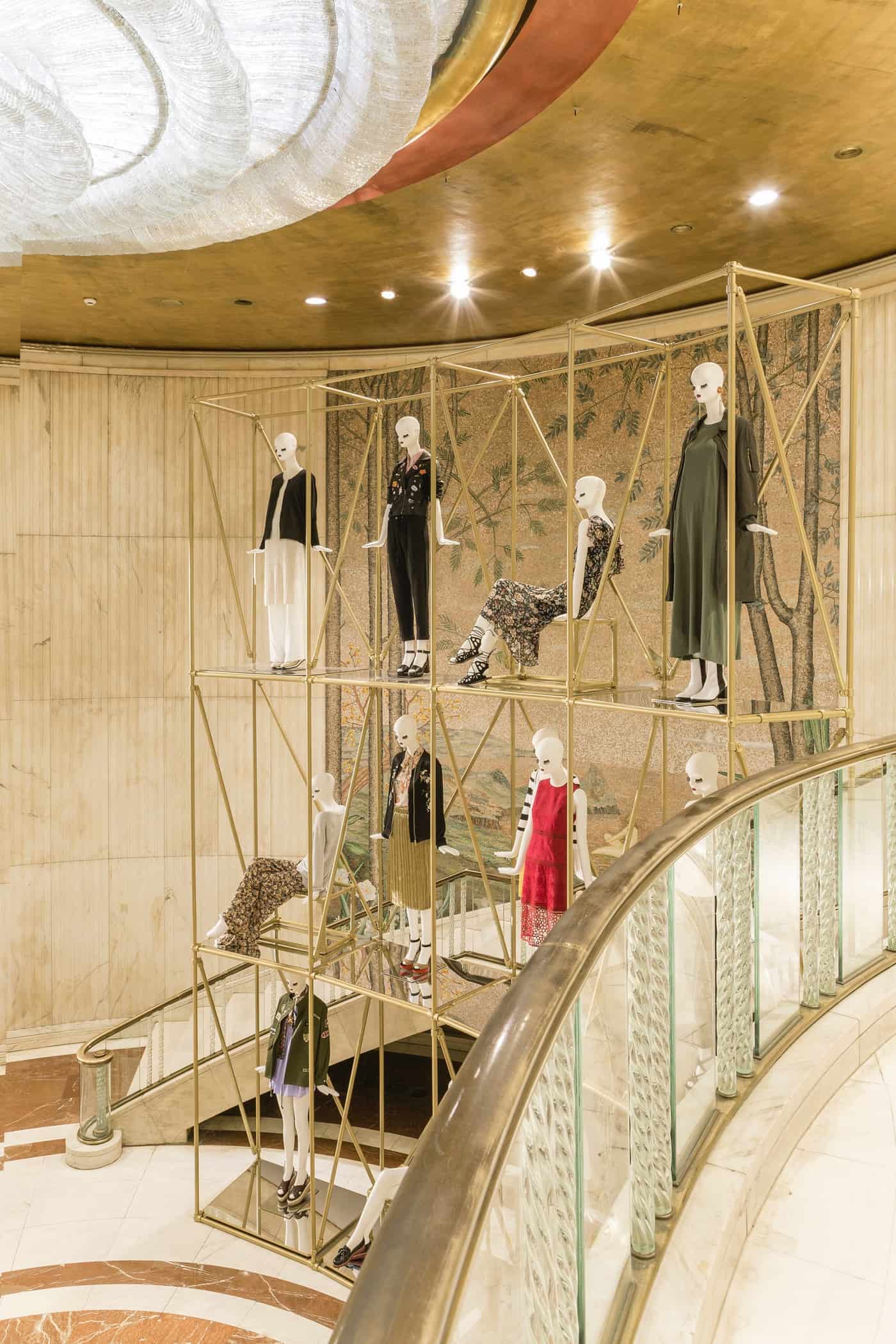 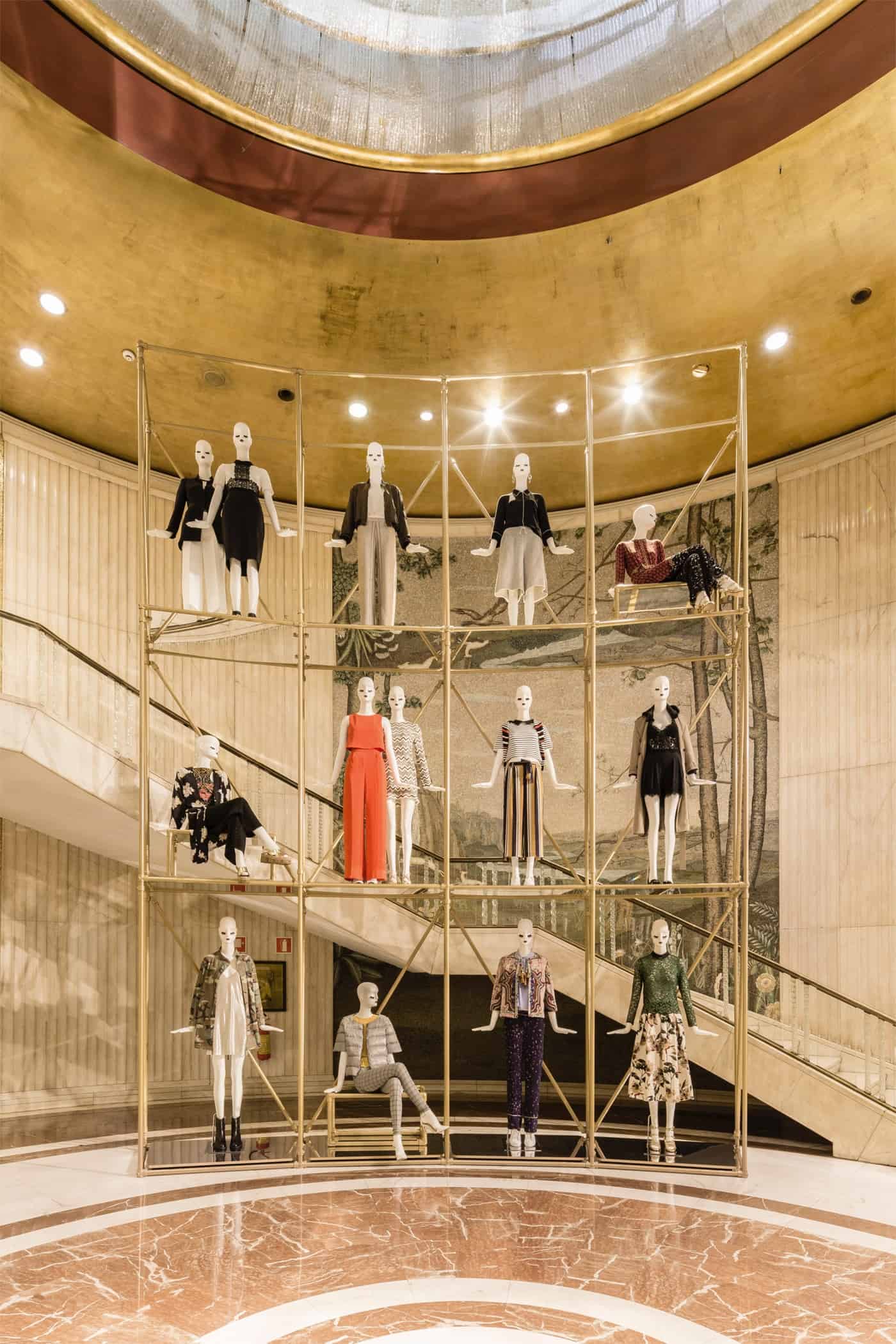 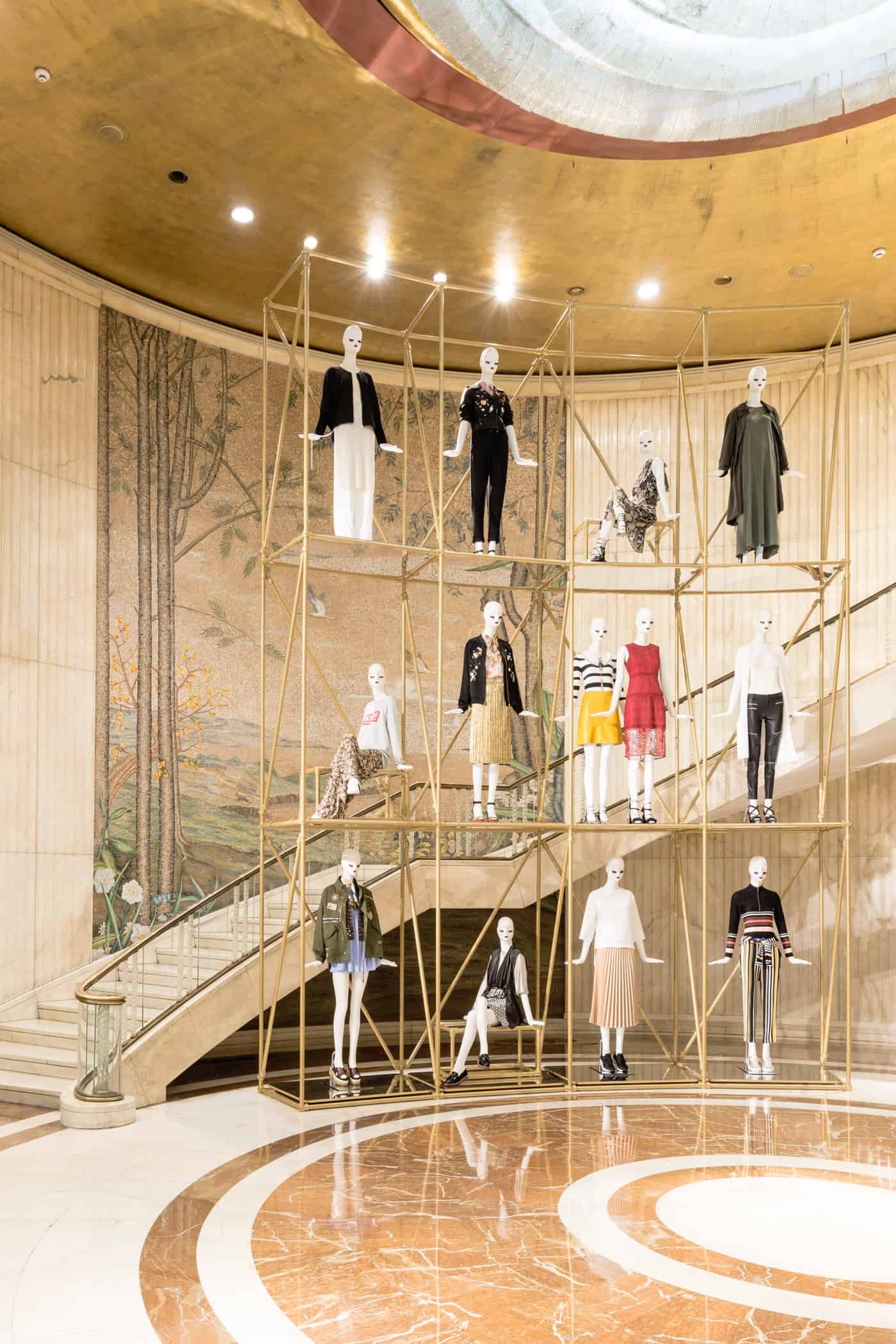 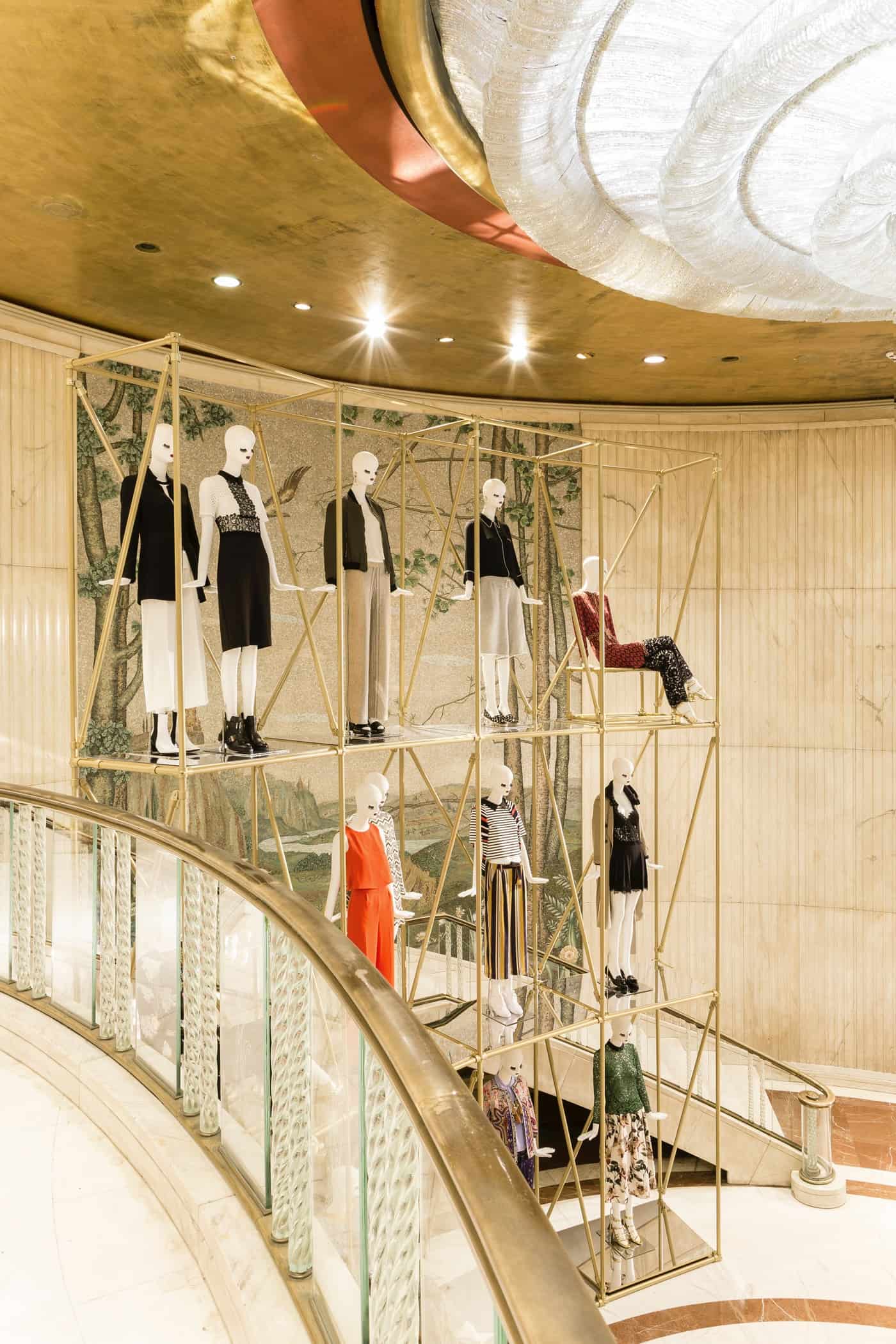 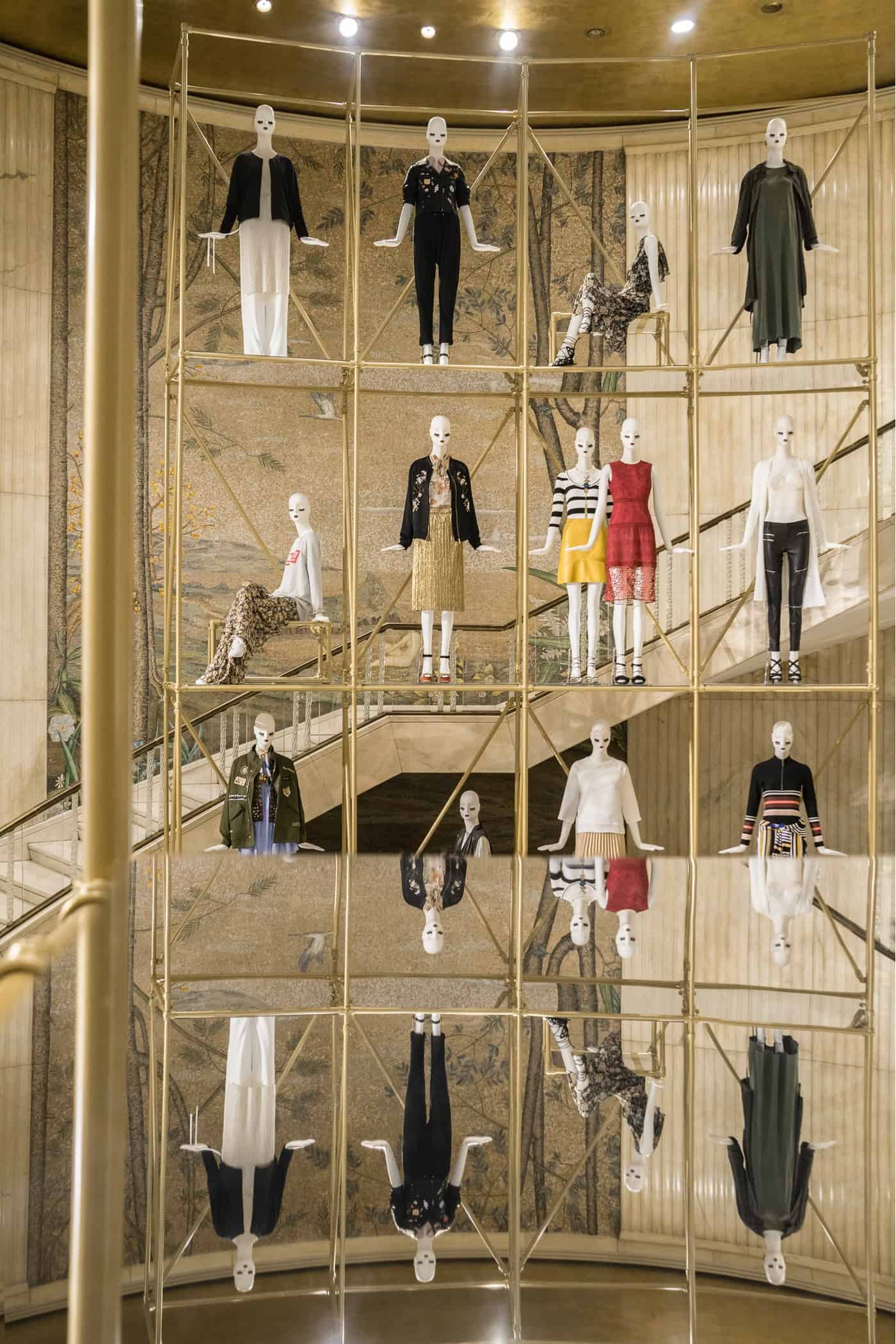 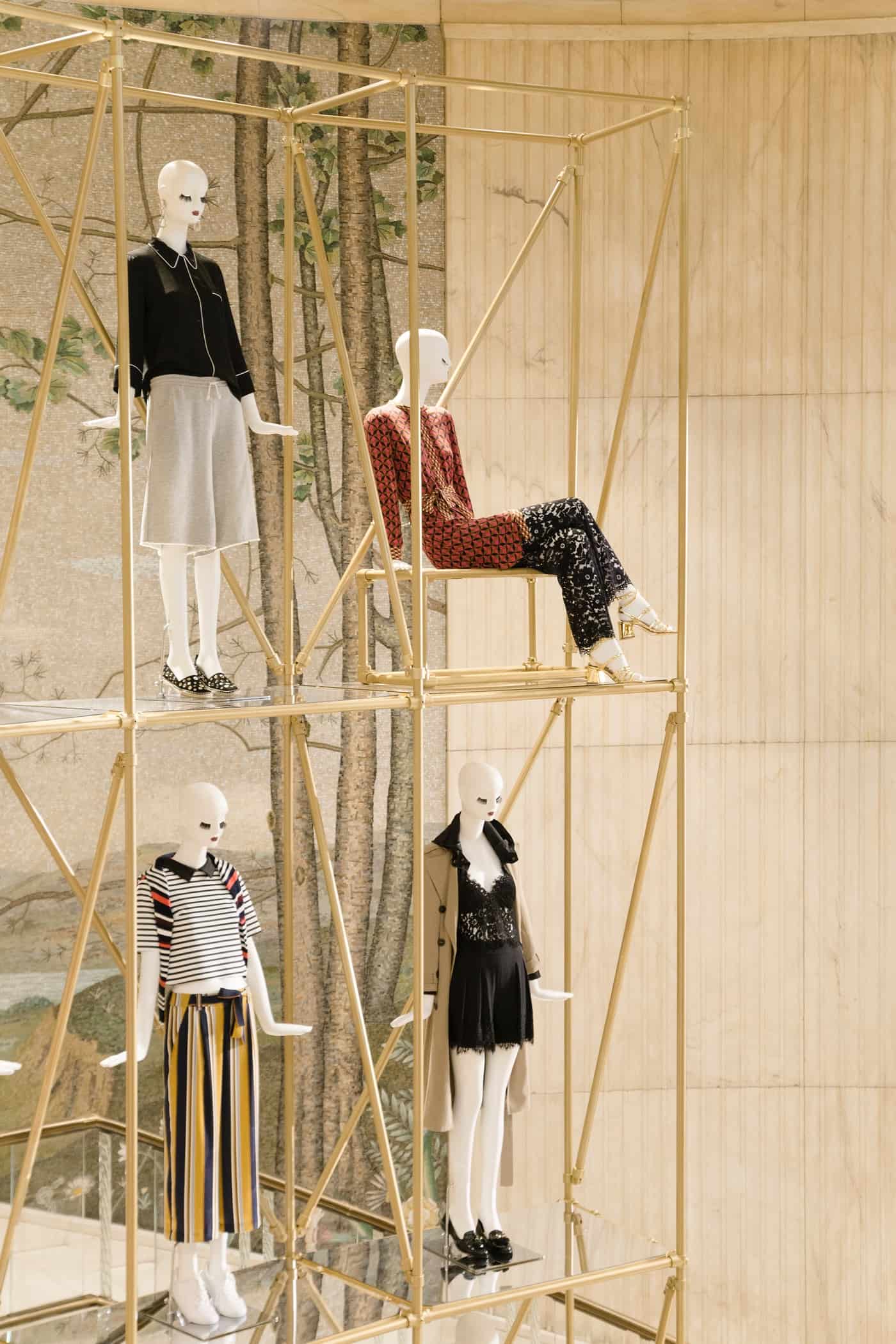