A Pure American Talent – An Interview with Jason Wu

In the second article in the series from the Bonaveri Magazine, Caterina Lunghi talks to New York based fashion designer, Jason Wu

In the second article in the series from the Bonaveri Magazine, Caterina Lunghi talks to New York based fashion designer, Jason Wu

Jason Wu, the enfant prodige of American fashion, has been in love, ever since he was a child, with the art of making a dress and sewing, when his mother bought him his first sewing machine and he began sketching in fashion proportions by using dolls as mannequins.

The past times and memories – as follows in our interview – definitely lead him today to create designs and gowns of intricate craftsmanship, always delving into details of fascination and construction.

“My philosophy has always been to build a garment from the inside out,” says Jason.

Born in Taiwan, he soon had an international trajectory and education, moving with his family to Vancouver, Canada, when he was 9 years old. He attended school in Connecticut in the US, by the age of 14 he went to study sculpture in Tokyo and then spent his senior year of high school in Paris.

He settled down in New York City, where he founded his own eponymous label in 2007, at only 24 years of age. A new face of the US fashion landscape was born.

Meanwhile, he worked for Hugo Boss until 2018 as Artistic Director of BOSS Womenswear.

In 2009, the photo of First Lady Michelle Obama wearing an embroidered white silk chiffon one-shoulder gown at the Inauguration Ball of President Obama at the White House appeared in the news and toured around the world. That exquisite dress was by Jason Wu.

“I was over the moon. I know I am an unusual choice for a First Lady. I didn’t think it was my turn yet,” he told The New York Times.

A super young talent beat the establishment of American fashion system – Oscar de la Renta was the reference, having dressed both Hillary Clinton and Laura Bush.

“At that time, the brand was in all the stores already,” as Jason Wu himself recalled to Vogue America, “This episode amplified my name and made me more well known, but we had had three years of hard learnings before that.”

4 years later, when Mrs Obama chooses Jason Wu again for Obama’s second Inauguration Ball – a red victory gown – Jason Wu was already totally out there in the international fashion firmament and articles and accolades keep celebrating his talent and work.

The seek for the best and most exclusive fabrics – mostly produced in Italy and France, old world couture techniques with a modern twist; unique prints that change every season and always explore new and innovative ways of production; embroidered creations and sequins hand-sewn onto garments, which can take up to 1000 hours.

The beautiful wood finish with the meticulous muslin covered body and the pale gold hardware was the perfect Sartorial message for the collection.

Your women. From Scarlett Johansson to Gwyneth Paltrow and Diane Kruger, your dresses embody not only gorgeous women, but also self-confident and intense ones –  and I think in particular about Michelle Obama.

I create clothes for women who are not only fiercely fashionable but also own their power and femininity.

I have always embraced the feminine form. I think women gravitate toward my designs because they can feel beautiful, confident, sophisticated and completely themselves.

The image of a woman, but also the allure of her scent. Your new perfume Velvet Rouge, the intangible message of a fragrance…

Fragrance is something quite subliminal but really impactful. A scent really does become your signature, so it is a great form of self-expression. I think when making anything, it has to start with materials to create something meaningful in the end. With the new Velvet Rogue fragrance, we started with Jasmine Sambac, which is a key ingredient in my first fragrance and has symbolic meaning to my childhood in Taiwan. We incorporated pure rose, golden amber, and incense to give this fragrance a full body and depth. There is something extremely sensual about this new scent.

You presented the Spring 2019 and Fall 2019 collections in NYC with the poetry of two installations of suspended bust forms custom-made by Bonaveri.  How and when did you “meet” them?

I first heard about Bonaveri through Emma Davidge who I have worked closely with for many years. I was blown away by the incredible craftsmanship and refinement of the Bonaveri forms. Bonaveri has been making bust forms since the 1950s, which happens to be my favorite era of design. It felt like the perfect fit to achieve my vision in creating a truly modern and beautifully considered installation.

Why the choice of an installation with mannequins and bust forms instead of a fashion show?

I have done runway shows for my entire career. While I love the energy and excitement of a fashion show, I wanted to do a special installation format for the 2019 seasons. The idea of stripping away everything, and putting the focus solely on the clothes felt vital to me. It was about going back to the basics, and why I became a fashion designer – to make beautiful clothes! Through these presentations, I fell in love with my job all over again.

What about the behind the scenes of these presentations?

It was important to see what worked best on the bust forms so we did a lot of fittings with the forms. Concentrating on the smallest details was especially important as the garments had to be suspended and inspected closely. Every garment needed to be perfectly crafted.

A step backwards. You have studied sculpture in Tokyo, and you have learned how to sew by making doll dresses. And you also developed your “Jason Wu Doll” collections later on. That’s a very nice and unexpected background! I guess you still like dolls! Do you collect them?

I do have an archive of some of my favourite dolls that I have designed with Integrity Toys (an American company producing innovative dolls, editor’s note). Dolls were a catalyst for my early learning of fashion and an important foundation. My first sewing experience was making a dress for my doll when I was 10!

My background in the doll industry, where I often worked on the actual forms of the dolls with mannequin sculptors, has helped lend a much more sculptural component to my designs as well as attention to minute details.

Are dolls still a visual reference for you that perhaps led you to choosing bust forms for the your presentations and your visual in stores? Or am I way off the mark?

You are not off mark as designing dolls was my first career and so you can see a lot of that jointing and intricately engineered parts as something quite familiar to me. The beautiful wood finish with the meticulous muslin covered body and the pale gold hardware was the perfect sartorial message for the collection. Those bespoke details are a testament to the exceptional craftsmanship of Bonaveri artisans.

Bonaveri has collaborated with Jason Wu realizing a mix of suspended and floor Sartorial bust forms, also supplying heads for a few of them.

Each week, we publish a series of posts from the Bonaveri Magazine. Last week, we featured an interview with Andrea Bonaveri: 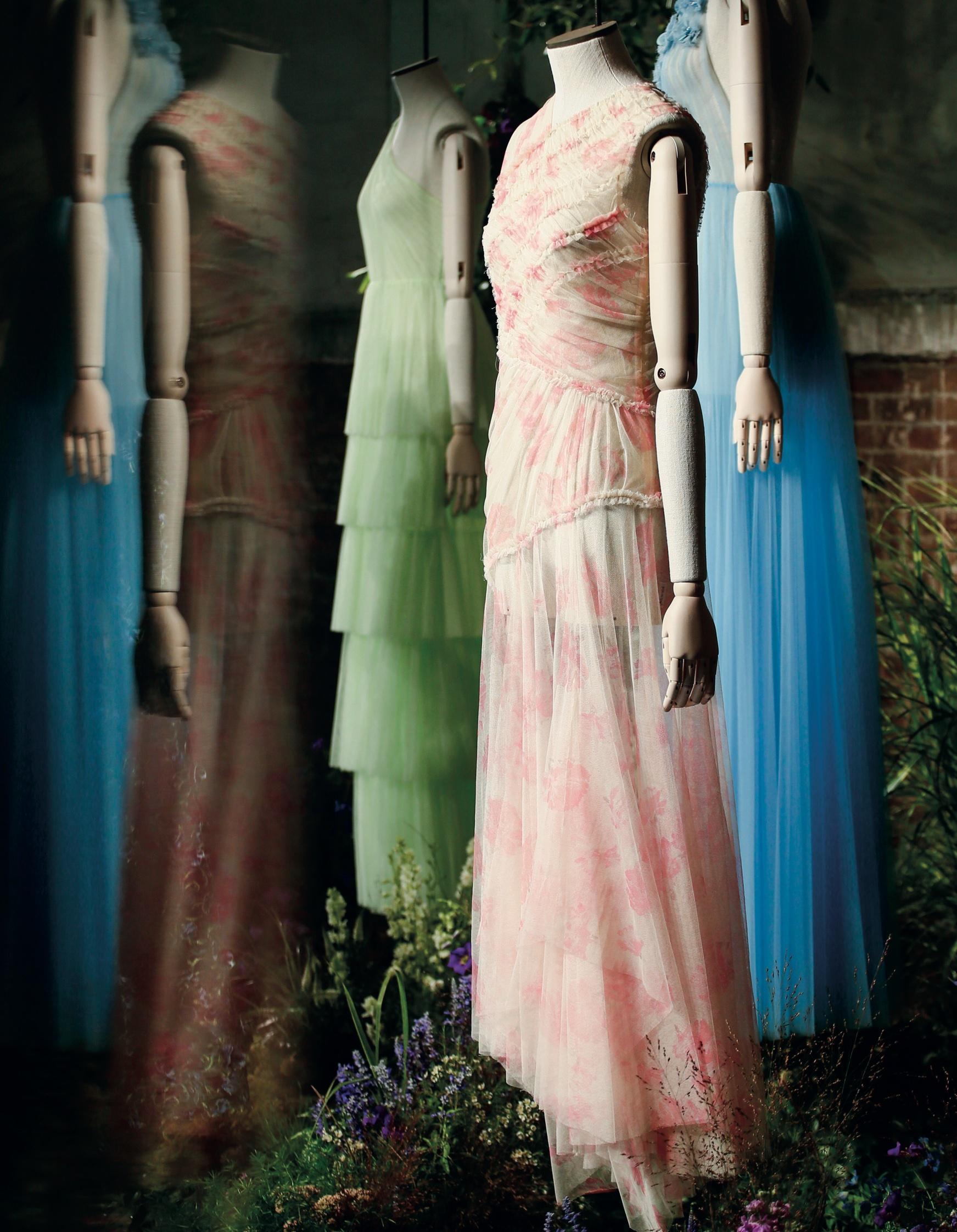 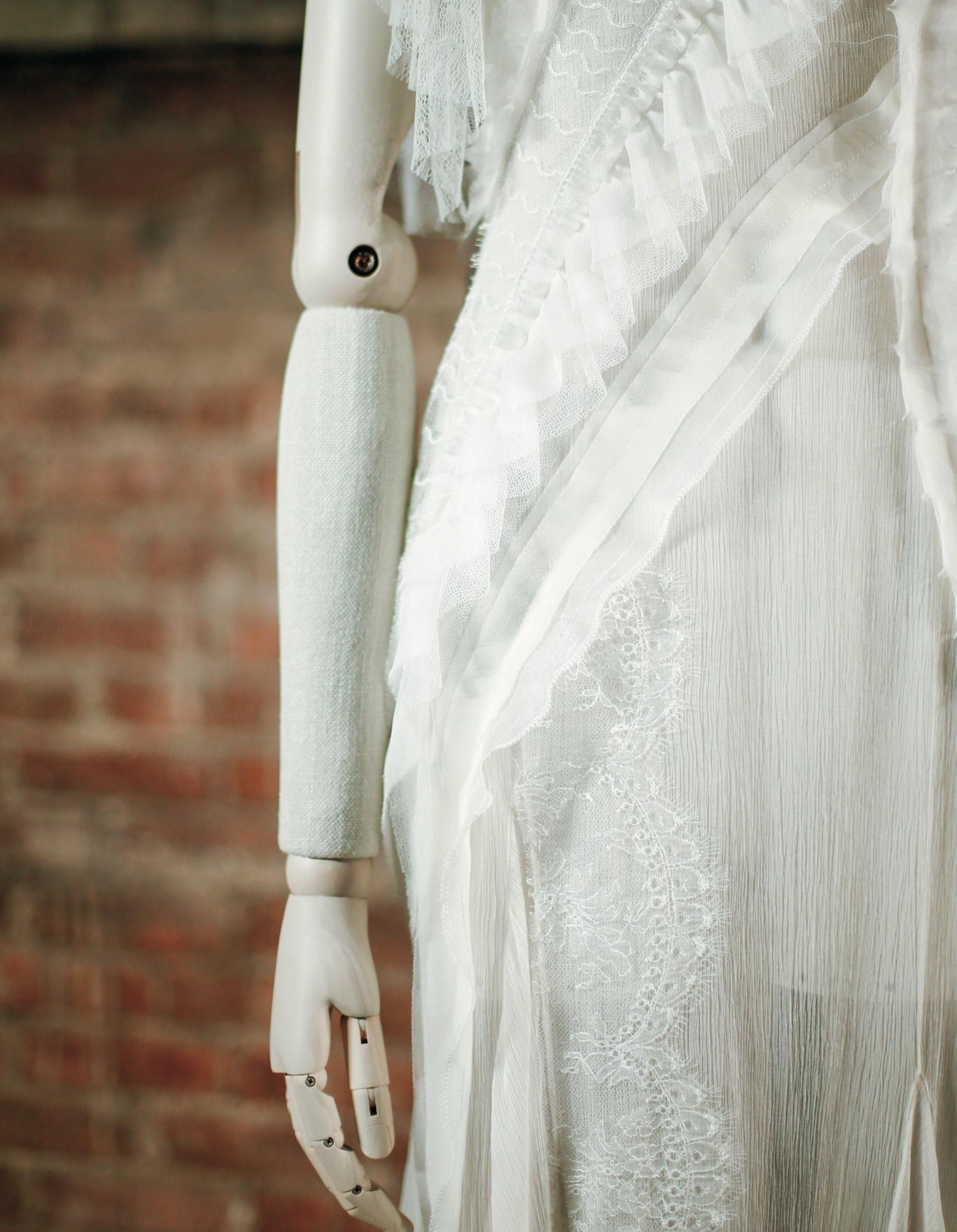 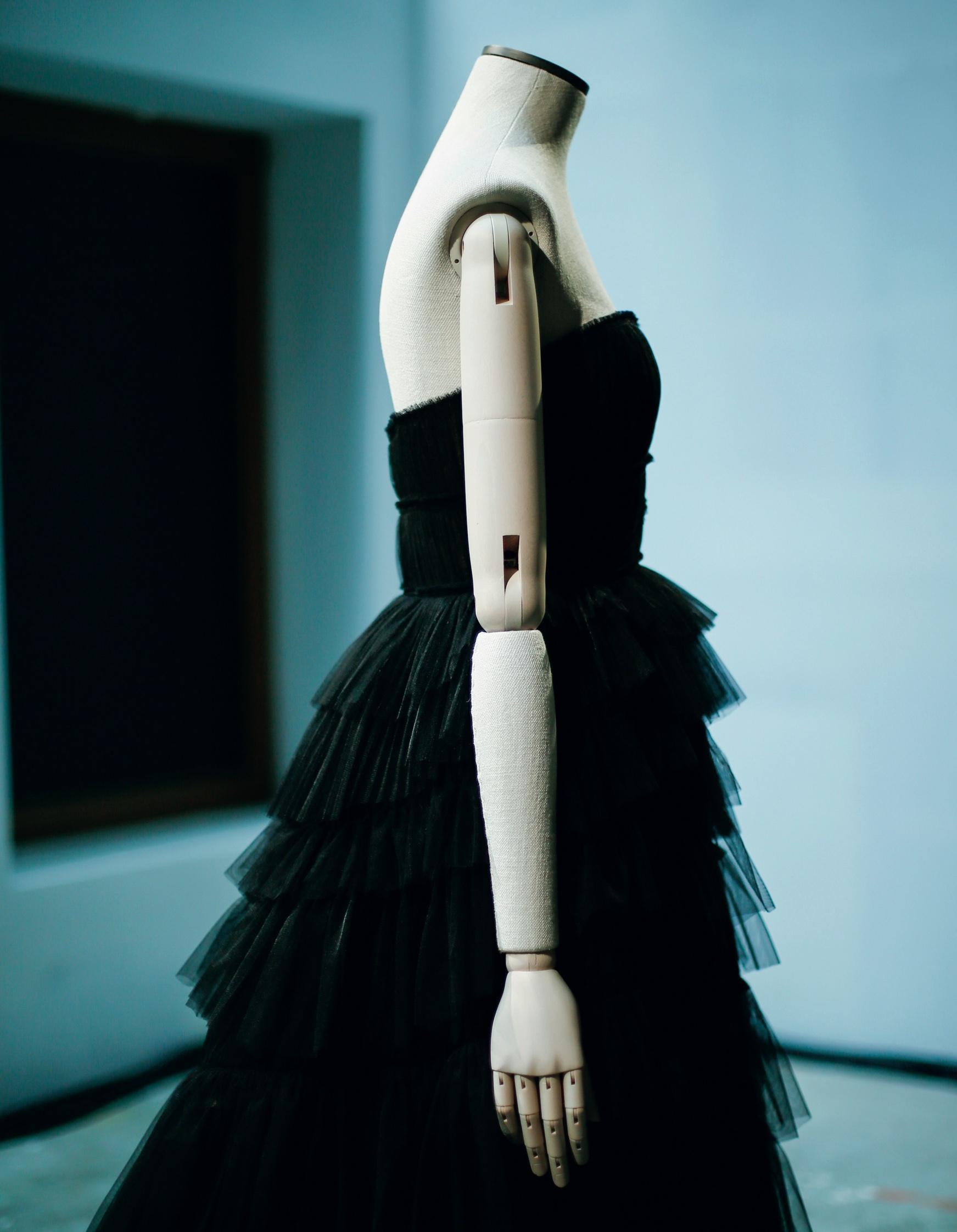